The monarch dissolved Jordan’s tribally dominated parliament last week, halfway through its four-year term, paving the way for the election that should be held within four months under constitutional reforms enacted last year.

American- and French-educated Ensour, who replaces Fayez al-Tarawneh, another veteran politician, has a long career as a lawmaker and has held senior government posts in successive administrations.

Ensour was a strong supporter of constitutional changes that Abdullah endorsed last year devolving some of his powers to parliament, which opposition figures say had become sidelined, and restoring some executive powers which had shifted from the government to the palace and security forces.

“We have called for early elections and we are looking forward to a new parliament that will pave the way for the transformation towards parliamentary governments,” the king told Ensour in his letter of designation.

Under pressure to accelerate political reforms, Abdullah had asked Tarawneh’s government to push through parliament an electoral law that would allow wider representation and could have prevented a boycott by Islamists – who have refused to take part in a vote under the existing electoral law.

Tribal lawmakers, who oppose the Islamists and dominated the last parliament, resisted any change which they saw undermining their influence and instead endorsed a system that favors sparsely populated tribal regions which benefit most from state patronage and form the backbone of support for the monarchy.

However analysts say some of the constitutional changes, including the establishment of an independent electoral commission and constitutional court, are expected to lead to a more impartial vote than previous elections which they said have been marred by interference by powerful security forces.

Officials say they hope the coming election will pave the way for a prime minister to emerge from a majority bloc in parliament, which is made up mainly of pro-monarchy parties and some independent Islamists, rather than handpicked by the monarch as in the past.

But political commentators say that real change requires the electoral system to address discrimination against citizens of Palestinian origin, who are under-represented in parliament and the state. 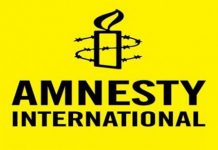