Russia has written off the debts of African countries once again. In the past, many other poor states in debt to Russia had their liabilities annulled. Experts argue this is a necessary measure, while the man in the street reacts with misunderstanding, “It’s no use fancying ourselves a superpower,” ordinary people say.

“So far we have written off 20 billion dollars of the African countries’ principal debt,” the director of the Foreign Ministry’s international organizations department, Vladimir Sergeyev, told the UN General Assembly session on Wednesday. Besides, as the diplomat stated, within the framework of the UN initiative Debts for Development Russia has concluded bilateral agreements with Zambia and Tanzania, by which their debts to Russia may be used to finance promising projects in agriculture, education and health care. “Work is in progress on similar agreements with Benin, Mozambique and Ethiopia,” Sergeyev said.

According to the official, Russia has allocated 50 million dollars to the World Bank’s fund for supporting the most vulnerable countries, first and foremost, those south of the Sahara desert.

Sergeyev recalled that Russia was a participant in the UN initiative Education for All. In 2008-2012 a total of 42.9 million dollars is to be invested in improving the quality of school education in the developing countries, including those in Africa. Besides, Russia has established bilateral partnership with African countries in that sphere. “At the moment over 8,000 African students undergo instruction at Russian universities – about half of them, under budget-financed schemes,” Sergeyev said.

This is not the first time that Russia has written off the debts of third world countries. In September 2012 it forgave North Korea’s debt of eleven billion dollars. At about the same time it annulled the 500 million dollars owed to it by Kyrgyzstan.

In 2010 Russia wrote off a 12-billion dollar Afghan debt. It had been Afghanistan’s largest creditor. And in 2008 it forgave an eight-billion-dollar debt to Iraq.

A large part of the debt to Russia, accrued by the poorest countries, was written off at the recommendation of the Paris Club of creditors – an unofficial inter-governmental organization of the wealthiest states, whose main task is to reschedule the debts of the developing countries. The Paris Club insists the industrialized or industrializing counties should forgive the liabilities of those poor states which are unable to repay the money.

African countries accounted for an overwhelming majority on the list of the poorest debtors to Russia. In 2005 through 2012 they were forgiven 11.3 billion dollars of debts. About 90 percent of the African debts were for the supplies of military equipment and armaments, which the Soviet Union had provided on credit to support ideologically friendly regimes.

Back in 1996 Russia forgave 70 percent of Angola’s debt 5 billion dollars worth. It rescheduled the indebtedness of Ethiopia in the same fashion. Such poor countries of Africa, Asia and Latin America as Mozambique, Yemen, Bangladesh, Cambodia and Nicaragua had their loan debts written off, too.

Until just recently the largest debtors of Russia who had their debts forgiven were Vietnam and Mongolia. The latter’s indebtedness was estimated at 10-11 billion dollars. It was canceled at the end of 2003.

Among the borrowers who had taken money from the Soviet Union and Russia were some states which have considerable oil and gas reserves and steady hard currency revenues and are capable of repaying the debts in principle. Syria was one of such largest borrowers from Russia – by 2005 its indebtedness rose to above 13 billion dollars. That debt began to snowball back in the Soviet era, when the USSR was providing lavish assistance to Damascus. The Syrians stopped paying back their debts in the mid-1990s. Damascus has said more than once that it is unable to give the money back.

When Russian President Vladimir Putin and his Syrian counterpart Bashar Assad met in January 2005, a decision was made to write off nearly 10 billion dollars (75 percent of the debt). What Russia got in return has remained unclear to this day.

These days Russia’s largest debtor is Cuba. According to Moscow’s estimates, Cuba’s Soviet era debt stands at 25-26 billion dollars, but the chances of ever having it repaid are close to nothing. Havana argues the reason is the USSR abruptly severed its economic relations.

Margelov believes that Russian companies have in fact quit African market. Real projects are few. “Those still working do so erratically to a large extent, without following any national strategy. This fully applies to military-technical cooperation. In our economic relations there is no unified head agency that would undertake to act as a coordinator,” he said.

The ordinary people are not very happy about Moscow’s generosity in relation to the poorer countries, as follows from bloggers’ posts in the Russian segment of the world web.

“Only the rich ones can afford to indulge in charity,” says blogger Stas mor. “For how much longer can we position ourselves as a superpower?”

“I think I shall breathe my last in my communal apartment room,” says Mikhail Vasiliev. “While some Kyrgyz people will be idling and enjoying themselves…” 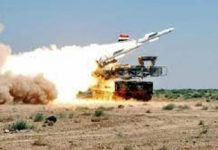 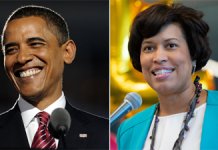