Palestinian militants took aim at Jerusalem for the first time Friday, launching a rocket attack on the holy city as Israel pressed forward with a relentless campaign of airstrikes against Gaza.

The White House says Israeli Prime Minister Benjamin Netanyahu called Obama Friday to provide an update on the situation. Netanyahu expressed appreciation to Obama and the American people for U.S. investment in the Iron Dome rocket and mortar defense system, which has been used to defend Israel against rocket attacks from Gaza, saving many Israeli lives, the White House said.

Obama reiterated U.S. support for Israel’s right to self-defense and discussed possible ways to scale back the conflict, the White House said. It did not offer specifics.

In both calls, Obama expressed regret for the loss of Israeli and Palestinian civilian lives and underscored the importance of resolving the situation as quickly as possible.

Obama also spoke with the Israeli and Egyptian leaders on Wednesday.

Militant groups have staged rocket attacks against Israel, which has responded by assassinating the military chief of the ruling Hamas militant group and conducting dozens of airstrikes on suspected rocket-launching sites and other Hamas targets in Gaza.

In all, 27 Palestinians and three Israelis have been killed.

About 100 pro-Palestinian demonstrators gathered Friday night outside the White House, where they chanted slogans denouncing Netanyahu and the Israeli army. Many carried signs that said, “Let Gaza Live” and called for an end to U.S. aid to Israel.

Nadrat Siddique of Annapolis, Md., said she joined the protest in solidarity with fellow Muslims who have been killed in Gaza. “We feel like an attack on Palestinians is an attack on all Muslims,” said Siddique, who was born in Pakistan. She and other protesters said Israel would not conduct air strikes without U.S. support and called on Obama to end “bloodthirsty attacks” by Israel. 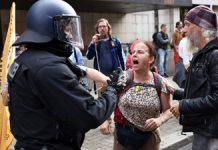 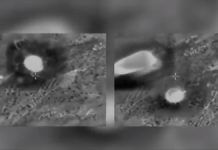 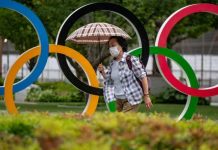