The death toll from Israel’s military operation in the Gaza Strip surpassed 100 on Monday with scant evidence that an Egyptian-brokered truce is in sight, leaving Israeli leaders to weigh next steps in the six-day-old conflict.

Some analysts said Israel faced an increasingly stark choice between deploying ground troops to further weaken the capabilities of rocket-lobbing militants in Gaza and settling into what would almost certainly be a fragile cease-fire with Hamas, the Islamist group that runs the enclave.

While negotiators in Cairo sought to find common ground Monday, neither Israel nor Hamas appeared ready to give way, and each articulated aims that the other appeared unlikely to accept. Khaled Meshal, the exiled leader of Hamas, said in Cairo that his group did not want a ground war but was “not fearful” of it.

A backdrop of upheaval across the Middle East has only added to the tension, with the internal struggle in Syria and Israel’s threats against Iran over its nuclear program creating uncertainty on multiple fronts.

Israeli President Shimon Peres said Monday that Iran, with flows of money and weapons, was putting “tremendous pressure” on longtime ally Hamas to maintain its belligerent stance. Throughout the conflict, the Israeli military has accused Hamas of turning Gaza into a “front-line base for Iran.”

As Israel considers its options, a ground invasion or a truce could each bring significant risks for the Jewish state as well as for Palestinians in Gaza, Israeli analysts said.

A ground war would probably result in higher human losses on both sides, erode international support for Israel and galvanize neighboring Arab states that support the Palestinian cause but stayed out of previous flare-ups. Backing away could restart the clock on a new confrontation if grievances were left unresolved.

“Israel, after 1,300 attacks by jets and other means in the Gaza Strip, is running out of targets,” said retired Maj. Gen. Dan Harel, a former deputy chief of staff of the Israel Defense Forces with insight into the thinking of current commanders. “There are two basic alternatives: one is an agreement cooked in Cairo or escalating the situation and moving into the Gaza strip, which is going to be bad for both sides.”

As the cross-border fire continued, Israeli officials said the aim and reach of rockets lobbed by militants Monday suggested that the Israeli bombardment had degraded their arsenal.

But Meshal shrugged off suggestions that Hamas was being weakened, saying the morale of fighters in Gaza is “sky-high.”

“All options are possible. The outcome depends on Israel,” said Meshal, who is based in the Persian Gulf state of Qatar. “We do not want an escalation or to take our enemies to a ground war. We do not ask for a disaster. But we are not fearful of it.”

The Israelis say eliminating the rocket threat from Gaza is the principal goal of the military operation, called Pillar of Defense, which began Wednesday with the assassination of a senior Hamas leader. Israel says it carried out that strike in response to militants’ refusal to halt rocket attacks.

The Israeli ambassador to the United States, Michael Oren, said Monday that Hamas militants had 10,000 to 12,000 rockets before the conflict began and have fired about 1,000 of them. Although Oren claimed “significant success” in air assaults on Hamas rocket sites, he said the militants’ arsenal remains formidable and would take weeks or months to wipe out.

A senior Israeli official said the country wants assurances that Israelis in southern cities will no longer face rocket fire from Gaza. A major sticking point in any cease-fire talks, the official said, is how to prevent militant groups from rearming.

“We want to come out of this with a new reality,” said the official, who spoke on the condition of anonymity to discuss Israel’s assessment. “One way or another, we will act to protect civilians in southern Israel.”

Israeli warplanes and ships continued pummeling Gaza all day Monday. The death toll climbed to 112, with 109 Palestinians and three Israelis killed. The military said that militants lobbed more than 120 rockets toward Israel but that for the first time in three days, they did not fire the type of longer-range rockets capable of reaching Tel Aviv and Jerusalem.

The long-range rockets, called Fajr-5, have been intercepted by Israel’s new antimissile system, but several close calls over the past few days have raised the specter of a devastating attack on one of the country’s largest cities.

Israeli officials accuse Iran of providing technology and munitions that have helped militants in Gaza build the longer-range rockets.

“Iran is the main supplier of arms to Palestinian organizations,” Yossi Kuperwasser, the director general of Israel’s Ministry of Strategic Affairs, said in an interview. “They’ve been very helpful in providing the organizations with the know-how.”

Some analysts have suggested that Israeli Prime Minister Benjamin Netanyahu might be using the Gaza operation to lay the groundwork for a threatened attack on Iran. If Israel were to cripple Hamas’s military capabilities, the reasoning goes, that would leave one fewer foe capable of coming to Iran’s defense.

Others have suggested that Hamas may have initiated the barrage of rocket attacks in the fall partly at Iran’s behest.

“There is a confrontation between the Iranians, who want to continue Hamas’s belligerence, and many of the Arab countries that want to put an end to it,” Peres said Monday, according to a statement issued by the Israeli president’s office. He met earlier in the day with Tony Blair, a former British prime minister and current U.N. peace envoy.

While negotiations between Israel and Hamas continued in Cairo, there were conflicting accounts about whether a deal was near.

An Egyptian official who spoke on the condition of anonymity to discuss details of the talks said there were “encouraging signals” that a stop to hostilities was near. But Sameh Seif el-Yazal, a retired Egyptian military and intelligence officer, said the sides appear far from a deal.

“The question is who will stop first,” Yazal said. “There are still lots of issues, lots of disputes.”

Meshal, the Hamas leader, said a precondition for any cease-fire would be a move by Israel to lift its blockade of the Gaza strip, which Israel has refused to do in the past.

Some in Egypt worried about the consequences of an Israeli ground invasion of Gaza, saying such a move could spark a refugee crisis.

“We cannot stand by while the Palestinians come under the bombs of Israel,” said Hussein Haridy, a former Egyptian diplomat who oversaw the Israel portfolio at the Foreign Ministry.

An influx of Palestinian refugees could spark tensions in Egypt, where popular sentiment has long been cautious about the country becoming a haven for people fleeing the Israeli-Palestinian conflict. Security in the Sinai Peninsula, which borders Gaza and Israel, has deteriorated sharply over the past two years, as Islamists have set up militant cells that have carried out attacks on Egyptian security forces and Israel.

On Monday, a well-known Egyptian Salafist leader announced the creation of a local offshoot of Ansar al-Sharia, a loose coalition of hard-line Islamists that includes members accused of a role in the Sept. 11 attack on the U.S. diplomatic mission in Benghazi, Libya. Among its goals, the Salafist leader said in a statement, was “the liberation of Muslim lands from foreign invasion.” 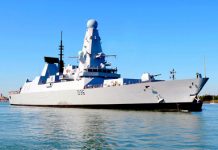 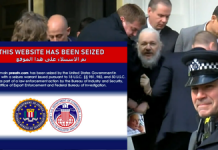 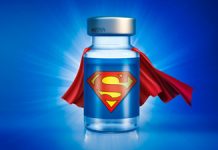