President Michel Sleiman Wednesday took direct swipes at the rival factions’ stance on National Dialogue, renewing his call for all-party talks aimed at defusing tension and preserving stability in a country sharply split over the 20-month-old bloody conflict in Syria.

Addressing the nation in a televised speech ahead of Thursday’s 69th anniversary of Lebanon’s independence from France, Sleiman pledged that next year’s parliamentary elections would he held on time.

He emphasized the need for the Lebanese to engage in dialogue in order to overcome difficulties facing the country, allay the citizens’ fears about the future and restore confidence in Lebanon.

“Fellow Lebanese, we must return at all times and circumstances to the logic of dialogue and the method of moderation in order to help the ongoing consultations find practical and acceptable solutions to end the state of tension and anxiety that has existed across the country since the assassination of martyr Wissam al-Hasan,” Sleiman said.

“In parallel, we are working relentlessly to unveil and prosecute the individuals responsible for this heinous crime, and everyone who was behind shaking security, destabilizing the country and harming innocent citizens,” he added.

Sleiman called on the rival factions to accept his call for National Dialogue with an open heart in order to resolve the political crisis triggered by last month’s assassination of Hasan, chief of the police’s Information Branch, in a car bombing in the Beirut district of Ashrafieh.

“Necessity and duty impose upon all parties in such delicate circumstances to embrace dialogue open-heartedly and honestly, rather than searching for pretexts and arguments to paralyze this dialogue or bind it with preconditions, or being skeptical about the eligibility and patriotism of the interlocutors,” he said.

Sleiman has been pressing to convene a new round of National Dialogue, scheduled on Nov. 29, to explore a solution for the political crisis. However, the opposition March 14 parties have demanded the resignation of the government as a condition for attending any Dialogue session.

In a speech Monday, Hezbollah leader Sayyed Hasan Nasrallah indirectly accused the Lebanese Forces of collaborating with Israel during Lebanon’s 1975-90 Civil War and of being involved in several crimes during the conflict. LF leader Samir Geagea has rejected Nasrallah’s accusations.

Sleiman called on the March 8 and March 14 parties to abide by the Baabda Declaration to defuse tension.

“It all begins with a strict commitment to the provisions and spirit of the Baabda Declaration in order to distance Lebanon from regional conflicts, prevent its use as a platform to smuggle arms or armed persons,” he said.

The Baabda Declaration agreed by rival March 8 and March 14 leaders at the June 11 National Dialogue meeting called for “keeping Lebanon away from the policy of regional and international conflicts and sparing it the negative repercussions of regional tensions and crises.” Despite the Baabda Declaration, Sleiman said, “some have not hesitated, for various motives, namely sympathy or dependence, to get involved in different ways in the logic of regional violence, and to expose Lebanon to the dangers of slipping into the abyss of strife.”

He referred to clashes between supporters and opponents of Syrian President Bashar Assad in Tripoli, the kidnapping of Syrian and Turkish citizens in Beirut and the discovery of explosives designed to destabilize Lebanon.

Calling for “a new modern electoral law,” he said the parliamentary elections would be held on time in the spring of 2013.

“As for the upcoming legislative elections, how can we allow them to become a destabilizing factor while we have proudly boasted in this East about our democratic tradition, the core of which being the periodic peaceful rotation of power?” Sleiman asked. “How can we ignore them and refrain from holding them, at a time when elections have become the characteristic of the Arab states which are groping their way toward democracy?

“Therefore, we have set our mind on respecting all the constitutional deadlines, and holding the parliamentary elections on time,” he added. “Our choice has been democracy since independence.” 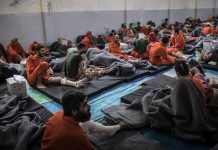 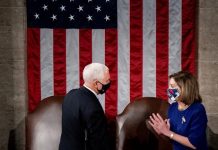 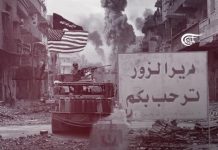