Turkey does not expect tighter U.S. sanctions to apply to its natural gas imports from Iran, its energy minister said on Tuesday, which would mean Tehran will continue to supply and get paid by its biggest gas customer.

The U.S. Senate resoundingly approved expanded sanctions on global trade with Iran’s energy and shipping sectors on Friday in its latest effort to ratchet up economic pressure on Tehran over its nuclear programme.

Turkey, which is likely to overtake Britain as Europe’s third-biggest electricity consumer within a decade, depends heavily on imported energy and could suffer if it had to sharply reduce imports from Iran.

“Iran is Turkey’s second-biggest supplier of natural gas, I believe (sanctions) will not cover it … We know that sanctions of this kind would not only be against Iran but would also be against Turkey,” Energy Minister Taner Yildiz told a news conference in Istanbul.

Turkey produces most of its electricity from natural gas and is already struggling to diversify its energy suppliers.

The new sanctions, the third round in a year if passed into law, include measures aimed at stopping the flow of gold from Turkey to Iran in exchange for natural gas.

More than 90 percent of Iran’s gas exports, or about 10 billion cubic metres a year, go to Turkey under a 25-year supply deal. That makes Iran Turkey’s second-largest gas supplier after Russia.

Prime Minister Tayyip Erdogan said on Monday that Turkey would continue to buy natural gas from Iran and had told the relevant parties the trade would continue.

Washington says Tehran is enriching uranium to levels that could be used in nuclear weapons. Iran says the programme is for peaceful purposes.

U.S. Ambassador to Turkey Francis Ricciardone said the U.S. authorities were “in very close touch” with the Turkish government on the matter.

“We are focused with our Turkish ally on the same strategic purpose of preventing proliferation of nuclear weapons in this region,” Ricciardone told reporters in Ankara.

“How we go about that is something we have to work out together. There are no easy answers, but we all agree that diplomacy is the way to go.”

U.S. and European banking sanctions ban payments in U.S. dollars or euros, so Iran receives Turkish lira in payment for its exports, a currency that is of limited value for buying goods on international markets but ideal for buying gold in Turkey.

Turkish Deputy Prime Minister Ali Babacan said last month the lira Iran received from Turkey for its gas was being converted into gold because sanctions meant that it could not transfer cash into Iran.

U.S. President Barack Obama issued an order over the summer that allows Washington to impose sanctions on countries that provide precious metals to Iran. State Department spokeswoman Victoria Nuland said on Monday that discussions with Turkey about sanctions were ongoing.

The latest trade data showed that Turkey’s precious metal exports, which include gold, jumped to $14.3 billion in the first 10 months of the year from $2.7 billion a year ago.

The gold was largely exported to Iran, either directly or indirectly through the United Arab Emirates, although in October there were also significant exports to Switzerland, the United Kingdom and India, which analysts said suggested Tehran had started using new routes to channel its Turkish gold imports.

Turkey also imports Iranian oil but has been granted exemptions from sanctions in return for significant cuts in the level of its purchases.

‘Terrible days ahead’: Afghan women fear the return of the Taliban 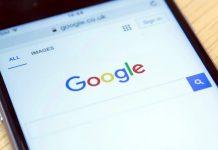