A new United Nations report has presented a gloomy outlook for global economic growth and said that the unemployment crisis in Western countries may continue for years.
In a report released on Tuesday entitled World Economic Situation and Prospects 2013, the UN said that under current policies, Europe and the United States would take at least five years to recover from the job losses caused by the 2008-2009 recession.

“A worsening of the euro area crisis, the ‘fiscal cliff’ in the United States and a hard landing in China could cause a new global recession,” Robert Vos, the principal author of the report, told a news conference at the United Nations headquarters in New York.

Vos is the director of the Development Policy and Analysis Division of the United Nations Department of Economic and Social Affairs.

“Each of these risks could cause global output losses of between 1 and 3 percent,” he added.

“This pace of growth will be far from sufficient to overcome the continued jobs crisis that many countries are still facing,” it added. 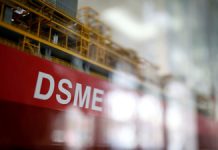