Dust kicks off the ground during an operation by US Army soldiers attached to the 2nd platoon, C-Coy. 1-23 Infantry after charges are fired by for safe detonation of IED’s on Sept. 23, 2012 in Panjwai district, Afghanistan.

“I am here in Kandahar on a short vacation,” says the young man, about 27, who we will call Mullah Kalam. His beard is trimmed neat; he is wearing a black leather jacket and a striped beige turban. Kalam has been a student for five years at a religious seminary across the border in Chaman, in the Pakistani province of Baluchistan. Two years into his studies, as U.S. President Barack Obama ordered a surge of 33,000 troops in Afghanistan, much of it focused in the south, Kalam’s family of 11 left their home in Panjwai district, about 40km from the city of Kandahar, to settle in Chaman.

But Kalam’s “short vacations” home, at least twice every year, are no innocent excursions. Panjwai is considered one of the most heavily mined areas in the country. The Taliban have been known to place homemade bombs and booby-traps everywhere—on dirt roads, pomegranate trees, and vegetable fields—and have forced a curfew on locals between 8pm and 8am. Besides Kalam’s religious studies, he has been spending time with “Pakistani explosive experts,” he says. Putting that training to work, he has helped orchestrate about 20 Improvised Explosive Device (IED) attacks.

The U.S. troop surge and the increasing reach of the Afghan security forces have weakened the Taliban as a fighting force in recent years. But the Taliban, known for their tactical flexibility, has turned more and more to IEDs. These are easy to make, largely from fertilizer and simple materials that are easy to transport across the porous border with Pakistan.

The U.S, government has spent more than $21 billion since 2006 in tackling the IEDs, which it considers a strategic weapon that will remain “an enduring threat.” Marred with questions of inefficiency and mismanagement, the effort is led by JIEDDO, Joint IED Defeat Organization. The group has focused heavily on fielding technologies to address the problem in a three-prongedstrategy: “attack the network, defeat the device, train the force.” But the numbers on the ground suggest it has been a difficult, largely losing fight—and one that is increasingly asymmetric in terms of economic cost.

While in Iraq, use of IEDs plummeted after reaching a peak of 23,000 attacks in 2007, the trend in Afghanistan seems to be only heading upwards. The Pentagon is reporting an 80% increase in IED incidents over the past two years here. In 2012 alone, there have been nearly 15,000 IED incidents, causing about 1,900 U.S. casualties. Overall, more than 60% of U.S. casualties in Afghanistan are caused by IEDs. While the weapon will continue to take a heavy toll on the U.S. troops until their planned withdrawal in 2014, the larger victim will remain Afghan forces, who are ill-equipped and more prone to fall victim in mined areas. IEDs are responsible for about 85% of casualties in Afghan army and police forces.

Fighting the phenomenon through detective technology is unsustainable, analysts and officials say. The lethality of the weapon lies in its flexibility. The technology, developed through large defense contracts,simply cannot keep up. “The enemy is actually better equipped than my soldiers—they have night goggles, to see how they can cross the border at night,” says Brigadier General Abdul Raziq, the 33-year-old police commander of Kandaharprovince who has survived about 40 attempts on his life, several of them by way of IEDs. “The enemy has been given the kind of explosives, triggers and remote controls that our equipment—not the new jammers and such, but equipment from 2010—cannot detect.”

The Afghan police have 97 mine clearance teams across the country with very basic training and equipment designed for Soviet-era bombs. The force largely relies on human intelligence, which has been undermined by significant budget cuts over the past three years.

“The enemy has ISI money, narcotics money, and other sources,” says Sediq Sediqqi, the spokesperson for the Afghan Ministry of Interior, referring to Pakistan’s intelligence service. “We need to be able to counter their investments.”

More than 70% of the IEDs in Afghanistan are made withCalcium Ammonium Nitrate (CAN) produced in two factories in Pakistan. Urging regulation on the factories, dismantling the smuggling supply chain on the Pakistani side of the border, and disrupting the networks inside is really the only way. “While CAN is produced in other regional countries, I have seen no evidence to indicate the CAN used for IEDs in Afghanistan comes from any other country besides Pakistan,” says Army Lt. Gen. Michael D. Barbero, director of JIEDDO.

The Pakistani military has taken measures to curb the problem, but only domestically, which has been spreading like the larger militancy. At least 900 IED attacks causing 3,700 casualties have been reported inside Pakistan. The U.S. government tried to reach out directly with the two factories in Pakistan, which has only resulted in “minor packaging, tracking, and marketing changes,” according to Barbareo. But direct communication was halted by the Pakistani government. With the producing source and the supply chain intact, the Afghan and coalition forces have increased their crack down on IED material—particularly CAN—on the Afghan side of the border. In 2012 alone, 444 tons of IED material was seized in Afghanistan, but a large amount still continues to be smuggled in.

“The enemy mixes ammonium nitrate in flour, in cement, in powder detergent, in passengers’ luggage to carry it across the border,” says General Raziq. “We can’t always just knife people’s goods.” And Raziq’s men do not even have control over all of Kandahar’s 44-kilometer border with Pakistan, which is a small share of the vast 2,400km border.

“If I have 300 soldiers in Shorawak, there are 500 terrorists training in the open directly on the other side of the border inPanjpai,” Raziq says. “Across the border, they have open headquarters, training grounds, and they bring their injured for treatment to hospitals there.”

Once the material is in the country, there is a vast network of trained, active agents, disarmed former members of the movement, and ideological sympathizers that play a role along the way as the material is turned into explosives, and then planted. TIME spoke to some of these agents. A 35-year old, beefy commander, his beard trimmed short and his head half bald under his massive white turban, is in charge of a 10-member team just 70km outside Kandahar city. With training in Chaman twoyears ago, he leads the ten men in assembling the explosives—in oil cans, pressure cookers, and, most recently, in 1.5liter soda bottles, which are easier to transport. A Kandahar intelligence official swore he had even seen IEDs carved into large copies of the Quran.

Then there are the facilitators, like the 38-year-old former member of the Taliban who helps by hiding IEDs at his home in Daman, and transports them on the back of his motorcycle. And, finally, there are people like themustachioed 33-year-old from the lush Arghandab valley who has brought eight IEDs to the city in his truck, which he usually uses to deliver commercial fruits.

“For transporting the explosives, we use cars, animals, and even some government officials,” the bald commander says, lowering his voice into a whisper during the last part, stretching his words with satisfaction. The use of vehicles for transporting explosives, and even carrying out attacks, is not unusual. The police chief of Nimroz province was reportedly killed last month by explosives placed in the door of his own official vehicle.

Locals in Panjwai claim the Taliban have also turned to subcontracting, so far a trademark of the coalition side of the war. The insurgents supply the explosives, they say, but unemployed youth plant them for cash. If they blow up an Afghan police vehicle, they get anything between 10,000 and 20,000 Pakistani rupees ($100-$200). If they blow up a coalitionvehicle, the reward is as high as 100,000 Pakistani rupees. The claim is difficult to prove. But there does exist an internal Taliban bonus structure for operatives carrying out IEDs successfully. Mullah Kalam said he has gotten up to 20,000 PKR for blowing up U.S. vehicles, and 10,000 PKR for Afghan police vehicles. “We definitely have a bonus, a sweetener,” Kalam says.

So the incentive means that not a day goes by in Afghanistan without reports of IEDs across the country. As in all wars, civilians bear the heavy brunt: the United Nations reports at least 967 civilians killed and 1,590 injured during the past four months, 56% caused by IEDs.
TIME 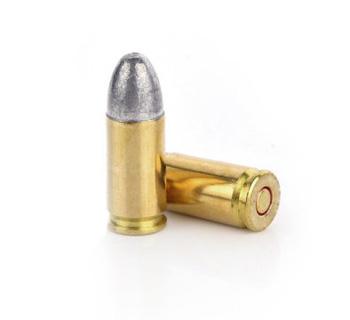 When Far-Right Hatred Turns Into Terrorism

The Global Effort to Contain Covid-19