Russian media reported last week the six world powers were still negotiating with Iran on a possible date the fourth round of talks.

Iran hopes talks with six major powers about its nuclear program will begin very soon, the country’s top nuclear negotiator said on Wednesday during a trip to India.

Last week, Russian media said the six world powers – the United States, Russia, France, Britain, Germany and China – were still negotiating with the Islamic Republic on a possible date and venue for the talks.

“We gave our proposal to Russia and they expressed their readiness for a restart of the talks. We welcome them,” Saeed Jalili, Iran’s national security council secretary, said.

“The venue and the time… have not been finalized but we hope that these talks will start very soon,” he told reporters after a speech in Delhi.

The six powers want to rein in Tehran’s uranium enrichment program, to ensure it is geared only for civilian energy, through a mix of diplomacy and sanctions. Iran denies Western assertions that it is seeking nuclear weapons capability.

The powers so far have failed to achieve a breakthrough in three rounds of talks since April. But neither side has been willing to break off totally, partly because of concerns this could lead to a new war in the Middle East if Iran is attacked by Israel.

Iran is refining uranium to a fissile concentration of 20 percent, which Western experts worry is a step towards the level required for bombs. Iran says it needs higher-grade uranium to run its medical research reactor in Tehran.

Jalili is the second member of Iran’s nuclear team to visit India in the past month. Officials from both countries declined to say whether or not India was involved in getting the nuclear talks restarted.

Later in the week, Jalili is due to meet India’s national security adviser, before traveling to Afghanistan. 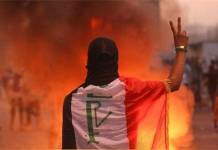