For 25 minutes, they lay by the road naked and crying for help. Passing drivers slowed down, looked at them, but did not stop.

The 23-year-old woman who was gang-raped and beaten inside a moving bus last month had been thrown out onto the street to die, along with her male friend. But even when police finally arrived, they wasted more than 20 minutes arguing about who had jurisdiction over the crime before even bothering to cover the couple with a blanket against onlookers’ stares, the friend of the young student said on Indian television Friday.

The gruesome assault on the woman sparked protests across India during the past two weeks, along with demands for better protection of women and stricter punishment for rapists.

But the details of what happened immediately after the horrific incident, as disclosed by the rape victim’s friend in his first lengthy interview, served as a harsh reminder not only of the inept policing to which Indians have become accustomed, but also of the public indifference many New Delhi residents display toward the less fortunate, whether they be beggars banging on their car windows or accident victims.

The young couple was returning home after watching a movie in an upscale New Delhi mall when they boarded the bus. For two hours, they were beaten with iron rods and robbed, and the woman was sexually assaulted. The woman suffered severe intestinal injuries.

“We were screaming for help from inside the bus,” the young man, sitting on a steel chair wearing a red shirt and black jacket and with his leg in a cast, told the Hindi-language Zee News channel’s interviewer. The channel did not name the man, calling him simply “India’s hero,” but police said the news channel would be charged nevertheless under laws pertaining to disclosure of identity in a rape case, the Press Trust of India reported.

“We tried to catch the attention of people outside the bus, but they had switched off the lights,” the man said. “We were fighting back. They took away all our belongings, our clothes. They were five to six people. She tried to call the 100 number [of the police], but they snatched away her phone.”

The attackers then threw the couple out of the bus into the cold night and tried to run over them, he said. They escaped, but their troubles were far from over. “We didn’t have clothes,” the man said. “We kept waiting for someone to come and help us. I waved my hand at all the passing vehicles. Auto-rickshaws, cars and bikes on the road slowed down, looked at us but didn’t stop to help.”

Then one onlooker called the police.

“The police finally came, but they kept arguing among themselves and could not decide which police station this case belonged to,” he said. “We kept pleading to them: ‘Get us an ambulance. Give us clothes to wear.’ About 20 onlookers stood there and were watching us. Finally someone tore off a bedcover and gave it to me to cover her.”

But no ambulance came. The police did not even pick the woman up, he said. “I picked her up and put her inside the jeep. Maybe the police did not want to soil their hands with all the blood,” he recalled. They did not arrive at a hospital until more than two hours after the incident.

According to the Press Trust of India, Delhi Police refuted the man’s claim that the jeeps reached late. Quoting from police control room records and the GPS data in the vehicles, an officer said the couple were brought to the hospital in 30 minutes from the time the police jeep reached them.

At the state-run hospital, the man said he sat on the floor, shivering, and repeatedly asked in vain for a blanket. Finally, a cleaning boy gave him a piece of cloth.

The young man appealed to viewers to always offer help to a person in need on the street.

“If someone is dying, every minute is critical for them. Please don’t deny them help,” he said. “Ordinary people are scared that if they help some stranger on the street, they will be dragged in by police as a witness in the legal case.”

He urged the protesters not to halt their efforts to bring change. “Don’t let what you have done all these days go to waste,” he said. 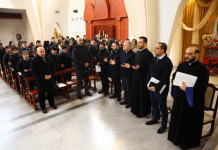