The Turkish military will not conduct any operations against outlawed Kurdistan Workers’ Party (PKK) militants that lay down their arms and agree to withdraw from Turkish soil, Prime Minister Recep Tayyip Erdoğan has said.

“As you remember, there had been some attempts [to withdraw] but [PKK militants] were shot down. But we can assure them that we would not permit similar incidents to occur. If they promise [to lay down arms] and leave our country, we acquiesce to them withdrawing from [Turkey] without any operations,” Erdoğan was quoted as saying by daily Hürriyet Jan. 11.

Back in 1999, following a cease-fire declaration by PKK leader Abdullah Öcalan following his imprisonment, around 500 PKK militants were killed by Turkish security forces while withdrawing from Turkey.

The premier also said he had ordered a television to be placed in Öcalan’s room at the İmralı island prison. Öcalan has so far been able to listen to radio and read daily newspapers but has not been allowed to watch or possess a television.

Peace and Democracy Party (BDP) lawmakers have long criticized government officials for not allowing Öcalan to have a television in his room. Commenting on the government’s recent talks with Öcalan to find a peaceful resolution to the conflicts with the PKK, BDP co-chair Selahattin Demirtaş said it was improper for Öcalan not to be allowed to watch TV even though the government has accepted him as an interlocutor for the resolution of the Kurdish issue.

Erdoğan made public on Dec. 28, 2012, that intelligence agents were meeting with Öcalan. It was reveled later that National Intelligence Agency (MİT) chief Hakan Fidan spent two days on the island in mid-December.

Türk, co-chair of the Democratic Society Congress (DTK), along with Ayla Akat Ata, a deputy of the Peace and Democracy Party (BDP), went on Jan. 3 to İmralı, where PKK leader Abdullah Öcalan has been in virtual isolation since his capture in 1999.

“Reasonable proposals that will not force the state; demands that should be fulfilled in every democratic country,” Türk said Jan. 8 of Öcalan’s requests. 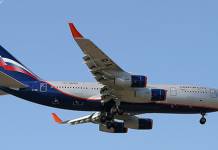