After ignoring it for the best part of a year, the world has suddenly woken up to the crisis in Mali — and its considered response seems to be: panic. On Jan. 9, the Islamist forces that captured northern Mali last year resumed their advance south and the next day took a small town about 700 km from the capital, Bamako. It’s not known whether the Islamists were attempting to go all the way to Bamako and take the entire country. Until now, they seem to have been content to retain the north, where most of the Malian elements in their ranks are from. But the reaction to the limited Islamist push has been dramatic. Mali’s government begged France to intervene. The Beninese chairman of the African Union demanded that NATO act. Even the Canadian Prime Minister urged international action. In response, the U.N. Security Council held an emergency session Jan. 10 to pass a resolution calling for the “swift deployment” of an international intervention force.

Then on Jan. 11 French French Foreign Minister Laurent Fabius confirmed reports from the ground that France had carried out at least one air strike against the Islamists, though he gave no details. Earlier in the day, eyewitness reports from the ground indicated a limited number of European soldiers, perhaps 50 men in all, had arrived in the area. The intervention came just as President François Hollande announced that French troops had joined Mali’s routed army in a counteroffensive against Islamist militias. Diplomats privately confirmed that the campaign also involved troops from Senegal and Nigeria. “French armed forces this afternoon provided support to Malian troops to fight against these terrorist elements,” Hollande said, noting the French intervention would last “as long as necessary” — and adding that the move was also made to protect 6,000 French citizens in the West African country. “The terrorists should know that France will always be there when what’s at stake is … the right of a people [those of Mali] … to live in freedom and democracy.”

Though his words and actions might bring to mind an America of more than a decade ago — and a U.S. Administration that France implacably opposed — Hollande is at least right to fear the threat from Mali. The chaos began at the start of 2012 when an alliance of Islamist and ethnic Tuareg insurgents launched a rebellion in the north of the country complaining, as the Tuaregs often do, of marginalization. The situation was aggravated in March when the Malian army mutinied and the Islamists-Tuaregs used the confusion to take the entire north in days, including the ancient city of Timbuktu. Then, in June and July, the Islamists turned on the Tuaregs, kicked them out and imposed Shari’a law. Since then the Islamists have ruled the north alone, creating a de facto al-Qaeda state three hours’ flight south of Europe.

At first, Europe and Africa were slow to respond to the new danger. By the end of last year, however, France had become an aggressive proponent of international intervention. Paris has two reasons for being concerned. First, history. There is still a lingering colonial attitude in Paris that France is primus inter pares among foreign players in the region: West Africa is part of la francophonie — the French-speaking world — and France demands and assumes the role of lead international player there. Second, and not unrelated, there is a (probably well-founded) fear in France that a radical Islamist Mali threatens France most of all, since most of the Islamists are French speakers and many have relatives in France. (Intelligence sources in Paris have told TIME that they’ve identified aspiring jihadis leaving France for northern Mali to train and fight.) Al-Qaeda in Islamic Maghreb (AQIM), one of the three groups that make up the Malian Islamist alliance and which provides much of the leadership, has also designated France — the representative of Western power in the region — as a prime target for attack.

But while everyone had agreed on the need for action, no one wanted to be the one to actually do it. The Islamists have made tens of millions of dollars from ransoming Western hostages and cocaine smuggling and spent much of it on acquiring large parts of Muammar Gaddafi’s arsenal, brought into Mali by Tuareg troops who fought for the former Libyan dictator.

Facing off against them is a Malian army that is demoralized, rarely paid, sometimes barely fed, and poorly armed. Backstopping it in any fight under long-discussed plans were also meant to be Mali’s West African neighbors, represented by the West African regional grouping, ECOWAS. But divided, dysfunctional and with mostly similarly ragged armies at its disposal, ECOWAS has so far produced little in the way of solid troop commitments.

These uncomfortable realities made an earlier U.N.-French plan — in which a West African force of 3,000 would fight the Islamists, while French and U.S. trainers would assist the Malian army in doing the same — “crap,” in the delicate leaked words of the U.S. ambassador to the U.N., Susan Rice. Indeed, the notion that an African intervention force had remained an idea rather than a reality was recognized in the U.N.’s initial resolution in favor of military action in Mali, passed on Dec. 20, which clarified that any force was unlikely to deploy until September. Hollande’s description of that earlier resolution as a game changer seemed emptier still when considered against the Islamists’ holding of at least seven French hostages — specifically, as one Islamist commander told TIME last year, to safeguard against any French action. And if war was a poor prospect, peace talks weren’t a great option either. The last round didn’t even include the Islamists, broke up in December without any resolution and was in any case hosted by Burkina Faso, whose security services have long been suspected of benefiting commercially from Islamist kidnappings.

The French intervention is a tacit admission that Rice was right: a new plan, and a whole new sense of dynamism, was needed. More practically, it was also a recognition that the Malian army would offer little resistance if the Islamists pushed farther south toward Bamako. It remains unclear how extensive the French action will be, though, crucially, the requisite protocols for consensual Western intervention have now been observed. Since Iraq, NATO and the West now wait to be asked to intervene, rather than taking unilateral action; that appears to have happened — at least informally — with Mali’s and the A.U.’s plea for action. Hollande also made a point of noting that the deployment of French forces took place “within the framework of international law.”

But if Mali and the A.U. might prefer to rely on the West, the West — mindful of how interventions in Afghanistan and Iraq turned out and keen for Africa to find solutions to its own problems, even if it is the West that ends up footing the bill — remains reluctant to shoulder all the burden in Mali. The war talk at the U.N. and in Paris shouldn’t obscure the reality that the world isn’t done yet playing pass-the-buck on Mali. Should that vacuum continue, the Islamists can only consolidate their grip.
Time 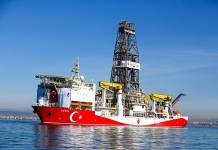 IMF warns of new ‘Great Depression’, Russia ahead of the curve due to increased cash & gold reserves