EU countries could soon be competing with Iran and Russia to arm the opposing sides in Syria’s civil war.

The prospect arose on Thursday (14 March), when German foreign minister Guido Westerwelle indicated that Berlin would not stand in the way of British and French plans to go ahead.

“If important partners in the European Union now see a different situation, which in their view once again makes a change of the sanction decisions necessary, naturally we are ready to discuss it immediately in the EU,” he said in a written statement.

Earlier this week, French foreign minister Laurent Fabius joined the UK in saying France would veto the renewal of EU sanctions on Syria, which include the arms ban, if it does not get leeway to send weapons.

The sanctions package automatically expires on 31 May unless there is a consensus to renew it.

Fabius on Thursday added that he does not want to wait another six weeks before taking action.

“We will ask, with the British, for that meeting [on renewing the arms ban] to be brought forward,” he told France Info radio.

An EU diplomat told EUobserver that the embargo could in theory be lifted in a matter of days.

“How fast or slow we go depends entirely on the degree of convergence among member states. If there is unanimity, it can be done very speedily in a few days,” the contact said.

Meanwhile, EU foreign affairs chief Catherine Ashton told MEPs in Strasbourg on Wednesday that nobody had mentioned weapons in recent meetings in Brussels.

“On the occasions this year when I have put the arms embargo on the agenda of the foreign affairs council – with all options to be discussed – no member state has proposed that it be lifted to arm the opposition,” she noted.

She spoke instead of the need to send in more humanitarian aid.

She also said diplomacy should be given more of a chance.

“As [the UN and Arab League envoy on Syria] Lakhdar Brahimi said to me and our ministers a few days ago at the foreign affairs council, the ‘Assad-must-go’ slogan is not a substitute for a political process. A process is what is needed to get out of the current impasse,” she added, referring to Syrian President Bashar al-Assad.

For its part, the rebel National Coalition on Thursday welcomed the latest EU developments.

A senior rebel commander, Selim Idriss, said on a visit to the European Parliament last week that the imbalance in arms is the only thing keeping al-Assad in power.

“If we have the weapons we need, I can tell you that the regime will collapse in a month,” he said. 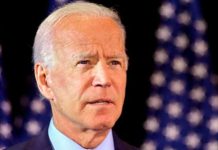 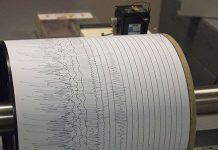