Ecuador’s foreign minister said Sunday on Twitter that Edward Snowden, a former US intelligence contractor wanted by the United States for revealing a highly classified surveillance program, had requested asylum in Ecuador.

Snowden, 30, left Hong Kong on Sunday, a day after the United States formally requested his extradition. A passenger who was on an Aeroflot flight that Snowden is believed to have taken to Moscow told RIA Novosti that Snowden had gotten into a car with diplomatic plates on the tarmac at Sheremetyevo Airport.

However, media reports cited airport officials as saying that Snowden would not be allowed to leave the premises because he did not have a Russian visa and would therefore only be able to fly to a third destination.

Anti-secrecy organization WikiLeaks, which has released thousands of classified US government messages, said Sunday in a statement that Snowden was “bound for the Republic of Ecuador via a safe route for the purposes of asylum, and is being escorted by diplomats and legal advisors from WikiLeaks.”

That organization’s founder, Julian Assange, has been staying at the Ecuadorian Embassy in London for more than a year.

Snowden, who worked for US defense contractor Booz Allen Hamilton, hit the media spotlight in early June after he leaked to the press information about a US government surveillance program that allegedly monitored phone and electronic conversations of millions of Americans. 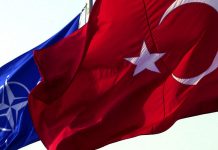