The European Central Bank (ECB) is prepared to back its promise to do “whatever it takes” to save the euro by utilising its controversial government bond purchase programme, an ECB executive board member has said.

Speaking on Monday (2 September) at a conference organised by the German Institute for Economic Research in Berlin, Benoit Couere, a member of the ECB’s executive board, said the bank’s Outright Monetary Transactions programme remained “necessary from a monetary policy perspective.”

“OMTs are not just words: the ECB is fully prepared to use them,” he added.

The Frankfurt-based bank unveiled its OMT programme in August 2012, with President Mario Draghi saying that the ECB would do “whatever it takes” to prevent countries being forced out of the eurozone by spiralling debt costs.

The programme, which allows the ECB to buy up government bonds with maturities of between one and three years, has been widely credited for ending fears about a possible break-up of the eurozone. It has also calmed the bloc’s sovereign debt markets, pushing down borrowing costs faced by Spain and Italy, regarded as the eurozone’s ‘too big to fail’ economies.

The ECB has also insisted that it will only use the programme if countries keep to tough economic reforms agreed with the eurozone’s permanent bailout fund, the European Stability Mechanism (ESM).

For his part, Couere added that the programme would “never be used to indiscriminately push down government bond spreads” which should “continue to reflect the underlying country specific economic fundamentals.”

“The goal of OMTs is a narrow one: to eliminate unwarranted and self-reinforcing fears of a euro area breakup,” he said.

Although the ECB has indicated that the OMT programme could involve unlimited purchase of government bonds, the promise is still yet to be tested.

“The irony of this success is that it has actually been a pure psychological tool so far. The ECB has not bought any single bond under the OMT programme, yet,” ING chief economist Carsten Brzeski told this website.

However, the programme has attracted heavy criticism from German central bank boss, Jens Weidmann, sparking a battle between the Bundesbank and the ECB culminating in a legal challenge in the powerful German constitutional court in Karlsruhe.

The case brought by the Bundesbank alleges that OMT breaches Germany’s Basic Law by potentially transferring financial risk to the eurozone’s creditor countries.

The Karlsruhe court is set to decide on the case following the German Bundestag elections on 22 September.

During testimony to the court in June, Weidmann commented that “the key problem of the programme is that it targets insolvency risks premia of particular countries.”

“This is a redistribution of sovereign insolvency risks,” he added.

“While the Bundesbank often seems to be caught in dogmas and the purity of central banking, the ECB has become a much more pragmatic central bank,” commented Brzeski, describing the OMT programme as “an important step in the ECB’s emancipation from the old Bundesbank school.” 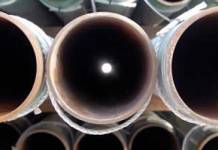 How The Oil Crash Solved The Permian Pipeline Problem