If you can’t beat ’em, join ’em, popular wisdom suggests. But as he heads to the United States, Israeli Prime Minister Benjamin Netanyahu is showing no such intention regarding Iran.

“I intend to tell the truth in the face of sweet talk and Iran’s offensive of smiles,” Netanyahu said before leaving for Washington for a meeting with President Obama on Monday and speaking at the United Nations on Tuesday.

Upstaged and unconvinced by last week’s developments at the United Nations that peaked with a phone call between Obama and Iranian President Hassan Rouhani, Netanyahu and his tough talk offer a minority voice.

“Netanyahu comes to town as Debbie Downer,” columnist Chemi Shalev wrote Sunday, invoking “Saturday Night Live.” Other columnists have quipped that he comes as a “killjoy,” “spoilsport” and “party pooper.”

According to Israeli media reports, Netanyahu intends to tell Obama that Iran continues to make progress toward military nuclear capability and that it is closer to crossing the threshold than ever. He plans to present the president with intelligence materials, and caution against easing sanctions.

Netanyahu has repeated a clear outline for stopping Iran’s disputed nuclear program, including ending all uranium enrichment and removing already enriched materials, shutting down the enrichment facility and putting the brakes on the plutonium track to nuclear capability. Only these — accompanied by a credible military threat — can halt the program, he has said.

Before leaving, Netanyahu instructed officials to refrain from interviews and comments about Iran to keep Israel’s message unified and in one voice. In particular, they were instructed to stay off the subject of the phone call, to avoid risking criticism of Obama or U.S. policy ahead of the meeting.

There is no conflict of interest between the U.S. and Israel on Iran, opposition leader Shelly Yachimovich said. Netanyahu doesn’t need to “dissuade Obama from walking off into the sunset with Rouhani [and] he doesn’t intend to,” she said.

“We do not believe Rouhani, and our skepticism is justified. On the other hand, we mustn’t be paranoid,” Yachimovich said.

Emily Landau, who heads the Arms Control and Regional Security Program at the Institute for National Security Studies in Tel Aviv, said Iran is “very close to achieving its objective and becoming a nuclear threshold state.”

Speaking in a radio interview, Landau pointed to the International Atomic Energy Agency’s last report of 1,000 new centrifuges being introduced at the Iranian facility at Natanz. These can enrich uranium up to five times faster than the older ones, suggesting Iran could enrich uranium to a higher grade and much faster — “even between inspectors’ visits.”

The centrifuges, the existing enriched uranium, the plutonium track and the possibility of concealed additional facilities are “problematic,” according to Landau, who said “lack of faith in Iran in this context will require extremely tight inspection.” 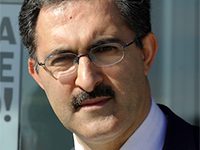