Wounded by shrapnel on the Western Front, Erich Maria Remarque later wrote this fictionalised account of his time in a military hospital in Germany

Sometimes there are red-cross voluntary aid sisters. They are pleasant, but often rather unskilled. They frequently give us pain when re-making our beds, and then are so frightened that they hurt us still more.

The nuns are more reliable. They know how they must take hold of us, but we would be better pleased if they were somewhat more cheerful. A few of them have real spirit, they are superb. There is no one but would do anything for Sister Libertine, this marvellous sister, who spreads good cheer through the whole wing even when she can only be seen in the distance. And there are others like her. We would go through fire for her. A man cannot really complain, here he is treated by the nuns exactly like a civilian. And just to think of a garrison hospital gives one the creeps.

Franz Wächter does not regain his strength. One day he is taken away and does not come back. Josef Hamacher knows all about it: “We shan’t see him again. They have put him in the Dead Room.”

“What do you mean, Dead Room?” asks Kropp.

“A little room at the corner of the building. Whoever is about to kick the bucket is put in there. There are two beds in it. It is generally called the Dying Room.”

“But what do they do that for?”

“They don’t have so much work to do afterwards.  It is more convenient, too, because it lies right beside the lift to the mortuary. Perhaps they do it for the sake of the others also, so that no one in the ward dies in sympathy. And they can look after him better, too, if he is by himself.”

“But what about him?”

Josef shrugs his shoulders. “Usually he doesn’t take much notice any more.”

“Does everybody know about it then?”

“Anyone who has been here long enough knows, of course.”

In the afternoon Franz Wächter’s bed has a fresh occupant. A couple of days later they take the new man away, too. Josef makes a significant gesture. We see many come and go.

Often relatives sit by the beds and weep or talk softly and awkwardly. One old woman will not go away, but she cannot stay there the whole night through. The next morning she comes very early, but not early enough; for when she goes up to the bed, someone else is in it already. She has to go to the mortuary. The apples that she has brought with her she gives to us.

And then little Peter begins to get worse. His temperature chart looks bad, and one day the flat trolley stands beside his bed. “Where to?” he asks.

“To the bandaging ward.”

He is lifted out. But the sister makes the mistake of removing his tunic from the hook and putting it on the trolley too, so that she should not have to make two journeys. Peter understands immediately and tries to roll off the trolley. “I’m stopping here!”

They push him back. He cries out feebly with his shattered lung: “I won’t go to the Dying Room.”

“But we are going to the bandaging ward.”

“Then what do you want my tunic for?” He can speak no more. Hoarse, agitated, he whispers: “Stopping here!”

The door shuts. We are all excited; but we say nothing.

At last Josef says: “Many a man has said that. Once a man is in there, he never comes through.”

Erich Maria Remarque was wounded  in July 1917 while serving with the 15th Reserve Infantry Regiment and transferred to St Vincenz hospital, Duisburg. This fictionalised account of his experiences is from ‘All Quiet on the Western Front’, his 1929 novel.

‘All Quiet on the Western Front’, by Erich Maria Remarque, is published in a centenary hardback edition, with a new introduction by Sebastian Faulks, by Vintage Classics at £18.99. © The estate of the late Paulette Remarque 1929. English translation © Jonathan Cape 1994

Tomorrow: The great fire of Salonika

The ‘100 Moments’ already published can be seen at: independent.co.uk/greatwar 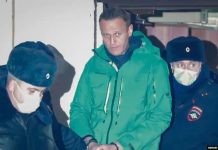 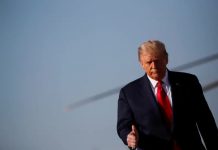