It said that he visited the encampments in the Bar Elias and al-Marj regions.

Ghanim had arrived in Lebanon on Sunday at the head of a parliamentary delegation.

He is scheduled to hold talks during his two-day visit with his counterpart Berri and a number of officials.

“Given Lebanon’s sacrifices towards its Arab brothers, it is our duty as Arabs and Muslims to stand by the country and understand its suffering in harboring such a large number of Syrian refugees,” Ghanim had stated upon his arrival in Beirut on Sunday.

Asked if his trip is a sign that Kuwaiti people should return to traveling to Lebanon, he answered: “The Kuwaiti people have never been away from Lebanon and our visit here is the greatest evidence of this.”

“The travel advisory against Lebanon was a precaution, nothing more, nothing less,” he explained in reference to an advisory issued by Arab Gulf states in 2013 over instability in Lebanon.

“We hope that Lebanon will restore its complete stability as soon as possible. A stable Lebanon means a stable Kuwait,” stressed Ghanim.

More than 1 million of Syrians are in Lebanon, leaving the country, home to 4.5 million people, struggling to cope with the massive influx of refugees.

The Syrian conflict started in March 2011 as largely peaceful protests against President Bashar Assad’s rule that deteriorated into civil war.

The fighting has uprooted 9 million people from their homes, with over 6 million Syrians seeking shelter in safer parts of the country and at least 2.7 million fleeing to neighboring countries. 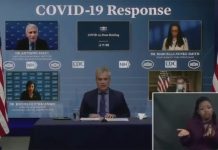 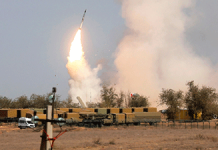