The Authors of the report by the UN High Commissioner for Human Rights’s office (OHCHR) strive to keep covering for the Kiev authorities, which are responsible for the deaths in Odessa, an official representative of the Russian Foreign Ministry, Alexander Lukashevich, states in his commentary on the publication of the OHCHR report on the situation with human rights in Ukraine.

“While covering the tragedy in Odessa on May 2, the authors of the report showed a more objective approach than in the last similar document,” the commentary says. “However, we have to admit that the authors still strive to shield the Kiev authorities, their supporters and the law enforcement bodies, which are responsible for the deaths of dozens of innocent people.”

The contents of the UN report can be interpreted as pandering to those behind the Ukrainian conflict.

“Special indignation is caused by hypocritical recommendations to the Ukrainian authorities to conduct the anti-terrorist operation “in accordance with international standards.” In fact, this can be interpreted as an indulgence of further massacre of the peaceful population and an escalation of the conflict”.

“It is strange to hear this from people who call themselves human rights defenders, especially in the light of recent calls by the UN Secretary General and the UN High Commissioner for Human Rights to stop the violence,” Lukashevich noted.

The UN High Commissioner for Human Rights’ report contains no objective assessment of criminal actions of Kiev, the conducting of military operations against the civilian population, and the deaths of civilians during the punitive operation in the Donbas are overlooked, too.

“There is not a word of condemnation of the actions of the National Guard and mercenary Azov, Dnepr and other battalions, which violate international humanitarian law,” Lukashevich said.

Russia expects the Ukrainian authorities to provide a full-scale rather than temporary ceasefire in southeastern regions, Russian Foreign Minister Sergei Lavrov said. That was the Russian foreign minister’s comment on the unilateral ceasefire initiative of Poroshenko. Martial law in eastern Ukraine will give a free hand to Ukrainian law enforcers rather than help de-escalate tensions, Russian Foreign Minister Sergei Lavrov opined.

“I do not see how this may de-escalate tensions. On the contrary, martial law will obviously be put into place for giving a free hand to the authorities, so that they can rely on force, military force, and suppress protesters in the southeast,” Lavrov said at a press conference after negotiations with his Azeri counterpart.

“If this initiative aims at comprehensive ceasefire, in which the opposition, militia fighting the authorities, will be able to exhibit a good will and start negotiations, to which the authorities will invite representatives of the southeast, then I think it could be the step promised by Ukrainian President Petr Poroshenko and which is actually expected by all of us,” he told a press conference in Baku, Interfax reports.

“Whenever they say that the unilateral ceasefire will be valid only for a limited period of time in which militiamen can lay down arms and after that Kiev [I do not remember exactly who] promised to put them to jail and I have also heard that the temporary ceasefire was necessary so that the so-called separatists leave the Ukrainian territory, that is close to ethnic cleansing,” the minister added.

He said he counted on good judgment of the Ukrainian Verkhovna Rada.

On Tuesday the Ukrainian parliament delayed for two days the consideration of an appeal to Ukrainian President Petr Poroshenko regarding the martial law in the Donetsk and Lugansk regions.

“Yet, I repeat, we cannot rule out anything. We have seen too many manifestations of the aggressiveness of the incumbent Ukrainian leaders,” Lavrov said.

The deaths of Russia’s VGTRK journalists in Ukraine give signal for ceasing fire immediately and launching deescalation in the country, Russian Foreign Minister Sergei Lavrov said.

“Kiev’s plans to introduce martial law in Donetsk and Lugansk regions will give a free hand to Ukrainian military forces,” Lavrov added.

Ukrainian representatives to gas negotiations spoke the language of ultimatums, which demonstrated their belief either in their own exclusiveness or the exclusiveness of their sponsors, Russian Foreign Minister Sergei Lavrov said.

“Ukrainian representatives conducted the gas negotiations in a manner of pure ultimatums, without exhibiting negotiating culture. They acted absolutely not in the European style,” Lavrov told a press conference in Baku.

“The absolutely outrageous and uncompromising ultimatum position at the gas negotiations and the intentions to solve the conflict in the southeast with martial law or ultimatums given to their own citizens” are links of the same chain, he said.

Moscow  has closely examined a new report  on  the  situation  in Ukraine published by the Office of the UN High  Commissioner for Human Rights based on conclusions by the UN Human Rights  Monitoring  Mission  in  Ukraine and found it to be lopsided and politically    biased,  Russian  Foreign  Ministry  spokesman  Alexander Lukashevich  said. 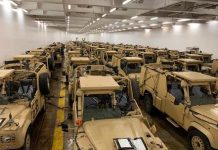 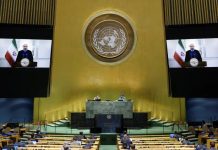 Russia’s FM: Syria must not be an Israel-Iran battlefield