The Prime Minister warned that the current crisis in Iraq must not be dismissed as a foreign problem because the same terrorists are planning to “attack us here at home in the United Kingdom”.

Insurgents from Iraq, Somalia, Nigeria and Mali as well as those in Syria must be dealt with or the “problems will come back and his us at home”.

Mr Cameron issued his warning at Prime Minister Questions following his fears that British born extremists fighting in Iraq and Syria now represent the most serious threat to our security.

Hundreds of Britons are connected to Islamic State of Iraq and the Levant, known as Isis, which controls large swathes of Iraq and has overtaken the al-Qa’ida organisation founded by Osama bin Laden as the most powerful and effective extreme jihadi group in the world.

William Hague, the Foreign Secretary has said Britain can withdraw leave to remain from the fighters, cancel passports or arrest any UK jihadists fighting in Syria or for Isis in Iraq.

Mr Cameron told MPs: “I’d disagree with those people who think this is nothing to do with us and if they want to have some sort of extreme Islamist regime in the middle of Iraq that won’t affect us – it will,” he said.

“The people in that regime, as well as trying to take territory, are also planning to attack us here at home in the United Kingdom.”

He added: “The right answer is to be long term, hard-headed, patient and intelligent with the interventions that we make, and the most important intervention of all is to make sure that these governments are fully representative of the people who live in their countries, that they close down the ungoverned space, and they remove the support for the extremists.

“If we do that, not just in Syria, but we have to help in Iraq, in Somalia, in Nigeria, in Mali, because these problems will come back and hit us at home if we don’t.”

Mr Cameron said the Iraqi government needed to take a more inclusive approach to the Shia, Sunni and Kurd populations who live in the country as he announced a £2m increase in the humanitarian aid budget for Iraq, increasing it to £5m overall.

The Prime Minister added: “The estimates given so far is around 400 people from the UK have taken part in fighting with Isis but those numbers are much more based around what is happening in Syria, rather than what is happening in Iraq where we have considerably less information.

“What I can say to you is together with the Home Secretary and others I have chaired a series of meetings in Whitehall to make sure our intelligence, security and policing services are focused as sharply as they can onto this problem.

“The estimates are now this is a greater threat to the UK than the return of foreign jihadis or fighters from Afghanistan or Pakistan region, and we need to make sure we are doing everything we can to keep our country safe.” 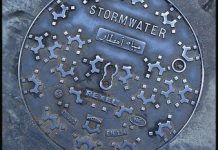 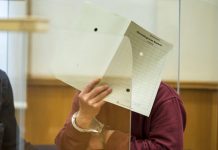