The former ‘Dancing with the Stars’ co-host faces the possibility of chemotherapy with a positive mind after knowing that the cancer has spread beyond her breasts.

Samantha Harris might need a chemotherapy after doctors revealed that her cancer had already spread beyond her breasts. Samantha recently received unsettling news from doctors, after undergoing double mastectomy in May. She recalled, “When I came to in recovery, my surgeon was standing over me with a look of sadness and told me that he had to take out all of my lymph nodes.”

During the surgery, doctors found out that the cancer had spread beyond Samantha’s breasts and had to do further testing. “A few days later I got some good news. Thankfully, only one node was positive. Unfortunately, that usually means chemo,” continued the 40-year-old presenter.

She told PEOPLE about the undeniable fear she had to face, “I am scared by the prospect of chemo, but I know so many inspiring women who have gone through it and, as they told me, ‘rocked it.’ If I need it, I will take a deep breath and readjust my focus. Stay positive. When life deals you lemons, you gotta make lemonade!”

The former “Dancing with the Stars” co-host found a lump in her right breast when she was doing a self-examination last fall. At first, she had a clean mammogram test result. But after she visited a breast cancer specialist, she was diagnosed with breast cancer. She said that the cancer “felt like an elephant was sitting on” her “chest.”

She recalled, “I was sick of feeling the way that I did the days after the diagnosis. I knew I needed to take control. I felt so much calmer.”

Samantha married financier Michael Hess in 2005. They have two daughters Josselyn and Hillary. 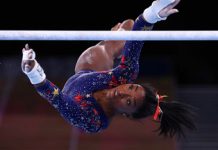 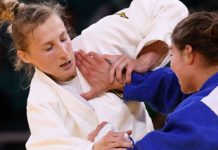 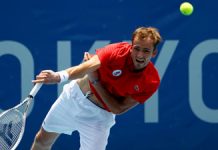