South Korean President Park Geun-Hye’s dwindling political fortunes took another hit Tuesday as her second nominee for prime minister was forced to withdraw over past remarks about Japanese colonial rule.

“I wanted to help President Park Geun-Hye. But I believe that my resignation is the way to help her at this point,” Moon Chang-Keuk told a press conference.

“So today, I’m giving up my nomination for the prime minister,” he said.

A political novice, the 65-year-old former journalist had been a surprise choice from the start, and his nomination swiftly became a political battleground because of past comments about issues related to Japan’s 1910-45 colonial rule over the Korean peninsula.

Park has had problems with a number of her key political appointments, and Moon’s withdrawal is a further blow at a time when her popularity ratings are already at their lowest ebb following the Sewol ferry disaster in April.

The prime minister’s job fell open after incumbent Chung Hong-Won resigned amid strident public criticism of the government’s response to the Sewol tragedy which claimed around 300 lives, mostly schoolchildren.

Moon wasn’t even Park’s first choice. That was Ahn Dai-Hee, a former Supreme Court justice who was forced to withdraw his nomination last month following controversy over income he amassed after leaving the bench and going into private practice.

The premiership is a largely symbolic position in South Korea, where all real power lies in the presidential Blue House.

But it is the only cabinet post requiring parliamentary approval, and Moon would have had to endure a rough confirmation hearing.

The controversy concerned remarks he made regarding two linked issues — Japan’s 1910-45 colonial rule over the Korean peninsula, and the Japanese military’s use of wartime sex slaves.

In a 2011 church lecture, Moon had described the repressive colonial period as “God’s will” and in an editorial six years earlier said the terms of a 1965 treaty with Tokyo ruled out further compensation for South Korean women forced into Japanese military brothels.

Although Moon insisted his comments had been taken out of context, they triggered such a furore that even members of Park’s ruling Saenuri Party began voicing doubts about his nomination.

For two weeks, Moon said he had no intention of stepping down, but the criticism showed no sign of abating and it appears that Park herself finally advised him to pull out.

In a statement issued by the presidential Blue House, Park said it was “extremely regrettable” that Moon had been judged in the court of public opinion without being able to properly defend himself.

“I hope he will be given an opportunity to correct the wrong information given about him, so that he and the family will not spend the rest of their lives in pain and dishonor,” the statement said.

In his press briefing Tuesday, Moon voiced no regret over his past remarks, but acknowledged that his nomination had begun a subject of “confrontation and division.”

And there were flashes of anger as he denounced the lawmakers who he felt had denied him the right to a confirmation hearing, saying they had been swayed by “biased and ever-shifting” public opinion. 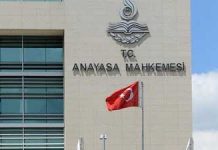