The last respects are being paid at VGTRK TV company’s Special Correspondent studio to VGTRK video engineer Anton Voloshin, who was killed by mortar fire in eastern Ukraine. He will be buried at Moscow’s Troyekurovskoye cemetery on Thursday.

Voloshin and his colleague, Vesti TV Channel special correspondent Igor Kornelyuk were killed in a Ukrainian mortar attack on the towns of Metallist and Mirnoye near Lugansk. The attack was part of an ongoing military operation launched by Kiev in the east more than two months ago.

The United Nations and other international organizations condemned the killing of the journalists.

Kornelyuk was buried at Troyekurovskoye cemetery last Friday. Voloshin’s remains underwent DNA testing at the request of his parents.

The bodies of the Russian state broadcaster VGTRK’s special correspondent Igor Kornelyuk and sound operator Anton Voloshin, who were killed near Lugansk, have arrived in Russia from Ukraine, the Rossiya 24 television channel reports. The place and time of their funerals have not yet been announced, according to the Vesti.ru website. Kornelyuk and Voloshin died on June 17 in a mortar attack near Lugansk in east Ukraine. Only cameraman Viktor Denisov has survived.

These are the first Russian journalists killed as a result of the hostilities in southeast Ukraine.

On Wednesday their bodies were handed over to representatives of the television company, Prime Minister of the self-proclaimed Lugansk People’s Republic Vasyily Nikitin told Interfax earlier on Wednesday.

“The bodies of Kornelyuk and Voloshin have been removed, accompanied by cameraman Viktor Denisov, who was not harmed, and a local medical officer,” the Lugansk People’s Republic spokesperson told Interfax.

People carrying flowers and candles have been heading towards the headquarters of the VGTRK media holding on the 5th Yamskogo Polya street in Moscow in tribute to journalist Igor Kornelyuk and video engineer Anton Voloshin, killed near Ukraine’s Lugansk on June 17.

Both were killed in a mortar attack on the settlement of Metallist, where they had been filming members of self-defense forces as they helped the local population leave the war zone. Both journalists had ‘TV’ identification symbols on their clothes.

Later in the day the two journalists’s bodies will be returned to their relatives.

According to the statement, the members of the Security Council expressed deep concerns over multiple detentions and attacks on journalist on assignment in Ukraine.

The council also expressed condolences to the families of all the media workers murdered while covering events in the crisis-hit country, including two Russian journalists who died June 17 and an Italian journalist killed May 25 together with his Russian interpreter.

Reporter for the state-run VGTRK Russian State Television and Radio Broadcasting Company television Igor Kornelyuk died Tuesday from wounds he sustained during a mortar attack near the eastern Ukrainian city of Luhansk.

The death of his colleague, video engineer Anton Voloshin, was confirmed later in the day.

Ukrainian President Petro Poroshenko also ordered a thorough investigation into the death of the Russian reporters.

The Russian Investigative Committee has opened a criminal case into the death of VGTRK journalists Igor Kornelyuk and Anton Voloshin in Ukraine, Investigative Committee spokesman Vladimir Markin said. The investigation has determined that a VGTRK filming crew came under mortar fire on Tuesday. Journalist Igor Kornelyuk sustained a serious injury and was delivered to the Lugansk regional hospital, where he died soon afterwards.

“The Russian Investigative Committee’s main investigative department has opened a criminal case into the killing of VGTRK TV company journalists Igor Kornelyuk and Anton Voloshin in the Lugansk People’s Republic based on signs of a crime covered by Russian Criminal Code Article 356 Part 1 (the use of prohibited means and methods of warfare) and Article 105 Part 2 (the killing of two or more people in a publicly dangerous way in connection with their professional activities),” Markin said.

It was determined by investigation that a VGTRK filming crew came under mortar fire. Igor Kornelyuk sustained a severe injury and was delivered to the Lugansk regional hospital, but he died soon afterwards. Sound engineer Anton Voloshin was first considered missing, his body was found later on Tuesday evening.

“The body, or, to be more precise, the remains have been found. They have been found right at the scene of a mortar attack in the community of Metallist,” a spokesman for the Lugansk People’s Republic told Interfax. Markin said cameraman Viktor Denisov “had a miraculous escape.” In commenting on the journalists’ deaths, Markin said, “The so-called members of the National Guard and Ukrainian authorities first abducted journalists and tortured them” and now “switched to killings.”

This is being done “with the only goal of concealing the crimes committed earlier,” as journalists make it difficult for “those invested with power to conceal crimes they commit hourly on Ukrainian territory, and not only in the southeast of it.”

“It is the fear of exposure that has absolutely untied the Ukrainian junta’s hands. The whole world will learn about each of their crimes, and everyone responsible will be punished,” he said. 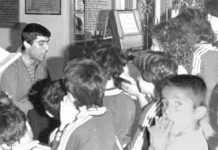 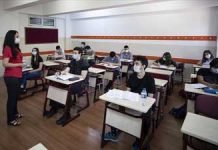