The number of the Ukrainian people who fled to Russia over the anti-terrorist operation launched against residents in the eastern Ukraine has reached 110,000 this year, the UN refugee agency stated. The UN also stated that 9,500 people who sought refugee status in Russia afraid to make formal request for the status of fear of reprisals if they return back to Ukraine.

“We are seeing a sharp rise in (internal) displacement in Ukraine,” Melissa Fleming, chief spokeswoman of the UN High Commissioner for Refugees (UNHCR), told a news briefing.

However, she says the biggest concern is the rising number of internally displaced people, which increased by 16,400 last week in eastern Ukraine and now stands at 54,000.

The UN report is based on information obtained from Russian authorities and UN sources.

Fleming told reporters Friday in Geneva the number of those internally displaced in Ukraine represents a huge increase over the previous week, coinciding with the deteriorating security situation in the east.

According to the report, 700 residents from Ukraine have gone to Poland, Belarus, the Czech Republic and Romania.

According to the UN High Commissioner for Refugees, Baisa Vak-Voya, Russia is taking “very good care” of refugees from Ukraine by helping them to cross the border and providing proper accommodation.

“Russia is very favorable. The government is taking care of them very well. They cross the border in a very organized way. Those who have relatives there go to their relatives. Those who don’t go to the government organized tent camp, which is run by the Ministry of Emergency. To be honest, this is one of the most equipped and well-run and professionally managed camp I have seen,” he told RT.

According to the Russian emergency ministry, over 16 thousand refugees have been housed in camps in Russia since the beginning of anti-terrorist operation in eastern Ukraine. 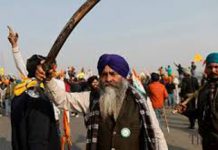 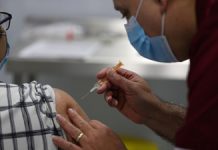 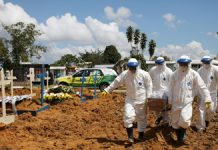