“Bond 24” was initially planned to go into production late this year, but now is reportedly pushed back due to script issues. According to the Daily Mail, longtime 007 movie writers Neal Purvis and Robert Wade are brought back to polish the screenplay drafted by John Logan.
The trio previously worked together penning script for 2012’s “Skyfall“. Purvis and Wade also contributed to the scriptwriting in the previous installments like “The World Is Not Enough”, “Die Another Day“, “Casino Royale“, and “Quantum of Solace“.
“Neal and Robert are only doing what was done to them. There’s no blood; no scars,” a source said, before adding, “Let’s call it polite turmoil. People are getting on with their work, but we have to wait for the script, so filming won’t begin till December, a few months later than they wanted.”
The duo are allegedly hired to ” ‘punch up’ the script and sprinkle in more gags, emphasizing the witty repartee between Daniel Craig‘s 007 and Naomie Harris‘ Miss Moneypenny, and focusing on the interplay between Bond and Ralph Fiennes‘ M.”
The film is currently due Stateside on November 6, 2015. Sam Mendes is back at the helm, and Ben Whishaw reprises his role as Q. No other cast is officially announced, but Chiwetel Ejiofor and Penelope Cruz are among the rumored additions. 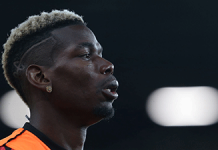