Three rockets were fired from the Gaza Strip into southern Israel just after dawn on Friday. One was shot down by the Iron Dome system and two fell into open fields. No injuries were reported.

Disturbances continued into early Friday morning in Jerusalem, with rocks thrown at the Jerusalem light rail in the French Hill neighborhood.

Rocks were also reportedly thrown at vehicles travelling between Jerusalem and Ma’aleh Adumim, in the West Bank.

Jerusalem police were reported to be preparing a large security presence for Friday’s Muslim prayers at the Temple Mount, the first such gathering since the discovery of the bodies of the three abducted Israeli teens earlier this week.

In addition to securing the Temple Mount with a large force, the police will also bar entry to the area to all men under the age of 50 and restrict it to those carrying Israeli IDs. Women will be allowed free access.

Muhammed Abu-Khdeir, the 16-year-old Palestinian who was found early Tuesday in a West Jerusalem forest, is to be buried in Jerusalem’s Arab neighborhood of Shoafat on Friday afternoon after prayers.

The suspicion that Abu-Khdeir was killed by Israeli extremists in a revenge attack for the murder of the three Jewish teens has been a major cause of the violence in Jerusalem over the past two days.

On Thursday, the Israel Defense Forces mobilized troops to southern Israel and called up reservists, after several barrages of rockets were fired from the Gaza Strip. A number of the rockets struck houses in Sderot. 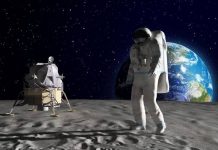 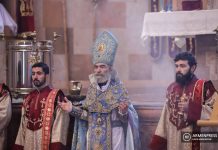