Sadly though, the Lawrence of Arabia star is not around to lend his own critique

There’s nothing like a bit of vintage Peter O’Toole.

“That kraut, what a clown he was… When it was all over, I watched 15 minutes of the finished film and then walked out.” The late hell-raiser was memorably referring to Troy director Wolfgang Petersen. This surely must have left first-time feature director Michael Redwood, who cast O’Toole in his new film, Katherine of Alexandria, quaking in his Liverpudlian boots?

“He was actually the first one to call and say, “If anyone alters this screenplay other than to add a full stop, shoot the bastards with my permission,” chuckles Redwood. “It was such a compliment for me as a first-time screenplay writer.”

Released later this year in the UK, the film was written and directed by Redwood and charts the clash between Katherine and the emperor Constantine the Great. A host of Brit veterans, including Joss Ackland, Steven Berkoff and Edward Fox star alongside O’Toole, who plays the Roman Cornelius Gallus, the palace orator.

Sadly though, the Lawrence of Arabia star is not around to lend his own critique; he died late last year at the age of 81 following a long period of illness.

“It’s sod’s law… Peter wanted to see the movie and I had arranged for a copy for him to watch in the hospital, but it wasn’t done in time,” says Redwood. “We missed him by 48 hours.”

Along with his old friend Richard Burton, O’Toole holds the record for the most Oscar nominations without a win, perhaps something he can now achieve posthumously? There is no doubt he wanted one: when the Academy offered him a Lifetime Achievement Award 11 years ago, he unforgettably joked  that he ought to turn it down because he “was still in the game and might win the lovely  bugger outright”.

Although Katherine of Alexandria was the third from last film location he set foot on, one of these, For Greater Glory: The True Story of Cristiada, has already been released. It is unknown, however, whether the other feature, the independent thriller The Whole World at Our Feet, in which O’Toole apparently has a very small cameo role, will also come out. According to close friends, O’Toole became “sick as a dog” on the set in Kazakhstan – but, says his old agent Steve Kenis, he managed to bounce back before falling ill once again.

So what can we ascertain about the rebel, famous for his withering one-liners and wild lifestyle (“I loved drinking, and waking up in the morning to find I was in Mexico”) in what will be his last substantial performance on screen? O’Toole is said to feature in a hefty 29 minutes of the overall 106-minute running time – about nine or 10 scenes.
By all accounts, it appears that the cast and crew were largely unaware of O’Toole’s ill health – despite the fact that he’d narrowly escaped death so many times, one writer quipped that he’d had “more comebacks than a phoenix with repetitive strain injury”. If he was unwell, he never showed it. “He brought a crackling energy on set with him,” says Redwood.

One characteristic which appears to have stood out on set was his irresistibly naughty sense of humour. “He would make the whole crew laugh,” smiles Redwood. “If he was filming a scene, he would say things afterwards like: ‘You’ve fucked that up and I’m going to tell everybody.’ One day I told him to make Nicole [Keniheart, who plays Katherine] smile and he did it effortlessly.” What did he say? Redwood collapses into laughter. “You can’t print it!” Romanian newcomer Keniheart confirms this later on with a blush. “Yes, he did make me smile in one scene… he broke the ice; he was charming, no two ways about it.”

Greater than his ability to delight with a single utterance was his gift for connecting with people he genuinely respected. “He asked me a lot of questions when we met,” says Keniheart. “We realised that at the age of six he had an illness, I don’t know what it was, and that I also had an illness at the age of six – and both of us were kept away from our families for a month. We laughed because we finally had something in common. He said: ‘I can see we will get on very well together’.

“I was terrified when we first met, but he made everything so easy,” she adds. “I felt like I had known him a really long time. He taught me not to panic and just to be myself. I feel very privileged to be quite honest;  millions of actors would die to have been in my position.”

Clips from the film show O’Toole with his trademark purr performing lines with an intensity which does not suggest poor health or fragility. “He was a firecracker,” says fellow actor and chum Edward Fox, who plays the role of Emperor Constantius. “Really, Peter is wonderful [in the film]; he had a long speech to do and it was frightfully good, but then one never knew he was going to die then.  I think by the time the film was completed, Peter was becoming very unwell and he  rather locked himself up and kept himself away from things.”

While the other actors travelled to and from Pinewood Studios, where part of the film was shot, O’Toole set up camp in a big tent on set, where his personal assistant, Lucy, looked after his every whim. He took breakfast early each day before the rest of the cast, and insisted on having his own input on camera angles and shooting. “After every take he would ask, ‘Can we see a replay?’ It slowed us down, but it was a pleasure really,” says Redwood. “He was a true professional.

“He does a death scene which we had to cut in the end. You can literally see the life drain out of one eye and then the other, which is a long one-and-a-half minute shot of him lying on the ground. It’s a great shot because he is smiling just as he dies. I don’t think I’ve seen him do a better performance than he has in this film, but it’s down to the public to decide at the end of the day.”

Whether or not it is O’Toole’s performance of a lifetime remains to be seen, but to his friends at least, the veteran will forever be remembered  as a plummy, mischievous gent who danced to his own tune. Sir John Standing, one of O’Toole’s closest friends, perhaps puts it best when he describes his funeral: “It was a proper old Irish wake with people playing the fiddle and having a few jars and sandwiches and stumbling around an open coffin.

“He was a very private man, there were no film stars or anything ridiculous there at all; just ordinary people, his mates. But there it is… darling old Pedro.”

‘Katherine of Alexandria’ is released in  the UK in November (www.katherineof alexandria.com) 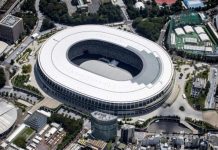 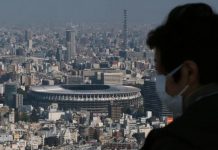