We were running errands at a shopping center in Los Gatos, my mother, sister, and me—that night the San Francisco Giants were playing the Oakland A’s in the 1989 World Series, and friends and family would be coming over for dinner to watch the game—when I heard what sounded like someone running toward me. The lights sparked, the shelves swayed, and objects from the aisles showered down. I’d been in an earthquake before but nothing like this.

School was canceled for the rest of the week, and when it finally resumed, the first thing Mrs. Parsons did was tell us her own story from the quake. That afternoon she’d had a ticket to the World Series game in San Francisco. “I looked up and saw the light towers swaying and I thought, Oh my gosh, the bleachers are collapsing! I started running down the aisle like a chicken with its head cut off!”

Some of the other students laughed. I was imagining Candlestick Park—the 60,000-seat stadium where I’d seen my father’s friends play baseball—imploding in a fiery heap alongside the bay.

Mrs. Parsons began going over our plans for the day.

“But could the bleachers really have collapsed?” I asked.

“Oh no,” she said. “They’re made of very strong concrete.”

“What if the earthquake was bigger?”

She smiled. “I don’t think so.” She tried to change the subject.

But it was as if I hadn’t heard her. “What’s the largest earthquake in history? Has there ever been a 10.0?”

I was in my usual front-row seat; suddenly I realized that her gaze had frozen completely on me. “Stop interrupting,” she said.

This was one of the first times I’d witnessed her tone change so abruptly. I understood why, which of course was upsetting—more than anything I wanted her to like me—and as she went on to talk about all the catching up we’d need to do after missing so much school, I sulked at my desk.

When it was time for recess Mrs. Parsons called me to her desk. “I spoke harshly earlier,” she explained, “because I didn’t think you’d heard what I had to say. There are more than thirty children in this class. I can only answer so many of your questions.”

I nodded. All of a sudden I was on the verge of tears, which made me even more upset; ten-year-olds weren’t supposed to cry so easily.

“Listen,” she said. “Why don’t you do your science fair project on earthquakes? That way you can find the answers to all these questions yourself!”

Throughout my childhood, each school year tended to cast its distinct shadow over the next. This was especially true when I started fourth grade. Previous teachers had conflated all of my classroom decisions into a matter of willpower—my lack thereof. But Betty Parsons was able to separate behavioral issues from academic ones, so that a slower progress with the former didn’t necessarily relate to the latter.

This difference might seem obvious enough, but up until the twentieth century, willpower and intelligence were often considered indistinguishable. One of the first doctors to question their relationship in children happened to be our favorite cape-wearing Victorian: Sir George Frederic Still.

In the same 1902 lecture in which he identified many of the symptoms of what we now call ADHD, he asked: “Is a morbid defect of moral control compatible with a perfectly normal state of the intellect?”

Still defined “moral control” as something similar to willpower: “the control of action in the conformity with the idea of the good of all,” including “the good of self.” He provided the case histories of behaviorally “defective” boys and girls who nevertheless showed no signs of intellectual impairment. A five-year-old boy threw outrageous tantrums and couldn’t play well with others but “was a very pleasing child to talk to and the teacher said that he was ‘perfectly intelligent.’” Another five-year-old was “extremely passionate” and “impulsive”; “for instance, in saying ‘Good-night’ he went round the family five times one night, apparently not noticing that he said it before.” This same boy would often walk outside with his boots on the wrong feet. But Still went on to note that the child was “very quick at school. He read small words well, knew his ‘twice-times’ perfectly, and seemed to be quite up to average in normal intellectual attainments.”

Still’s lecture was filled with such examples. He eventually claimed that just because these boys and girls couldn’t pay attention in certain settings didn’t mean that they weren’t as “intelligent as any child could be.” In fact, he saw this discrepancy as a way to better identify and categorize the unique subset of children with ADHD-esque symptoms.

But Still showed no interest in using this insight to improve his subjects’ functionality. In fact, he saw them as the proverbial bad apples: “The pernicious influence which some of these morally defective children may exert on other children is appalling to think of.”

At the end of his lecture he speculated on possible educational approaches. Should these children all be confined in “special institutions”? Was there another way to meet their needs? And to what extent should they “be held responsible for their misdoings”?

At the time, the British government was in the process of implementing widespread educational reforms. In 1876, the Education Act made attendance at public schools mandatory for all elementary-aged children. The rapid increase in enrollment posed a new question: What about the subset of this population who, because of mental and behavioral problems, couldn’t function in a normal classroom environment? In 1904, the English Royal Commission on the Care and Control of the Feeble Minded was formed to reevaluate the current certification practices. Doctors across the country conducted prevalence studies, determining that at least 4–6 percent of all children could be classified as unfit for normal schooling. The commission’s report led to the Mental Deficiency Act of 1913, which established a compulsory system of state-funded specialized education along three grades of impairment: Idiocy (“unable to guard themselves against common physical dangers”); Imbecility (“incapable of managing themselves … or … of being taught to do so”); and Feeble-Mindedness (“involves disability of mind of such a nature and extent as to make them … incapable of receiving education at school”). The last grade was the vaguest and also the largest; it included the borderline category of children who, like those studied by George Frederic Still, possessed standard enough academic ability but couldn’t pay attention or behave in the classroom.

One of the Royal Commission’s senior medical investigators was a doctor named Alfred Frank Tredgold. Born in 1870, the son of a builder’s foreman, Tredgold studied medicine at London Hospital before choosing to specialize in “mental disease.” In 1908 he published his first edition of Mental Deficiency (Amentia), which over the course of his life would be reissued eight times. In one of the later editions there’s a picture of him posing outdoors. He’s in his early thirties: a preposterously thin man with a wet-looking mustache and elfin ears. His thick hair has been tousled by the wind, and for this briefest moment he appears to have grown a pair of dark, fledgling horns.

Mental Deficiency expanded upon the commission’s findings. In his chapter on “feeble-mindedness,” Tredgold offered his own solution to Still’s questions about children who lacked “educability” but nevertheless possessed “sufficient intelligence”: segregation in day and residential programs. One way Tredgold identified “feeble-mindedness” was through deficits in willpower and attention. “Their behavior is more often the result of sudden desires and impulses than of deliberate purpose,” he wrote; and: “the most trifling thing serves to distract these children from their occupation.”

His suggested curriculum included occasional academic material, such as Aesop’s Fables and “lessons in animal and vegetable life.” But the majority of the day was occupied with manual tasks. “Defective children learn more through their hands than their books,” he wrote. He cited the example of Goodrich Road Special School in London, where hours were spent practicing how to “cut out and make simple artificial flowers, knit rugs and weave baskets.” The children worked on “dressing, feeding, personal cleanliness and tidiness,” skills that he deemed to be of “the utmost educational value.”

For Tredgold, the intellectual capacity that Still had earlier observed was in fact nothing more than “parrot knowledge.” Even if intelligence and behavior could be considered separate entities, a deficit of willpower meant that these children lacked self-awareness—and thus “had really very little understanding of the answers they had put down.” In his opinion, the behavioral issues were so damning as to blot out any hope for improvement in other areas.

In the end his version of special education had nothing to do with helping children reach their academic potential. The goal was to convert the hyperactive boy or girl “from a useless, and often dangerous, member of society into one capable of some amount of useful work.”

My science-fair project on earthquakes attempted to explain their geological causes. I made a large orange cardboard display that folded into three panes, each of which documented a different type of tectonic fault: horizontal, oblique, and vertical. In a bottom corner I included a list of the largest earthquakes in history. I drew the illustrations myself, complete with squiggly lines and arrows to represent the earth’s wandering crust. On the first draft I also wrote out the explanations. But my handwriting was so bad that for the final product, my mother copied the paragraphs again in pencil and had me trace over the words with a marker.

At the time my family had a set of World Book Encyclopedias from the 1970s, and in the quiet of my upstairs room, I sprawled out on my carpeted floor and went over the section on earthquakes repeatedly. I discovered that the worst earthquakes occurred when one plate drove beneath another, like in Japan and Alaska. The San Andreas Fault, which my hometown sat along, had been created by the North American Plate’s steady horizontal grind against the southern-moving Pacific. The highest-magnitude events were listed in descending order, beginning with Chile in 1960 (9.5) and Alaska in 1964 (9.2).

I discussed all of this with Mrs. Parsons. She would let me stay in the classroom at recess, and I remember her eyes widening when I told her about the 1960 Chilean earthquake—“I can’t even imagine 11 minutes of shaking!” she said.

That December I turned in my completed display. A few weeks later Mrs. Parsons asked me to stay after class. I thought it was about my behavior; that morning she’d raised her voice after I kept leaving my seat in the minutes before P.E.

“I sent in your project to represent Alta Vista at the district-wide competition,” she said. “And guess what! It won!”

“The award for best fourth-grade display in the entire school district. There were hundreds of entries.” She was watching me. “Tim,” she said. “You worked so hard!”

Instead of meeting up with my friends, I pedaled home on my bike. My mother was upstairs. “What’s wrong?” she asked when she saw me.

She screeched. Then she was hugging me and crying. I was crying too. I’d never won anything before. 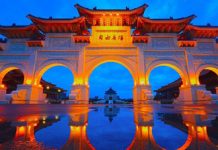