A review of the weekend’s action in Serie A as AC Milan got their campaign off to a flying start with a 3-1 defeat of Lazio.

Filippo Inzaghi enjoyed a dream Serie A coaching debut by guiding AC Milan to a 3-1 win against Lazio at the San Siro on Sunday afternoon.

Keisuke Honda put the hosts ahead in the seventh minute before Sulley Muntari doubled Milan’s lead before the hour mark, with summer signing Jeremy Menez then making it 3-0 when he earned and converted a penalty in the 64th minute.

Lazio reduced the arrears three minutes later when Milan defender Alex scored into his own goal and the visitors should have made it 3-2 with seconds remaining but Antonio Candreva saw his penalty saved.

Nemanja Vidic’s debut ended prematurely as the former Manchester United defender was shown a red card in Inter Milan’s 0-0 draw against Torino, who missed a penalty at the Stadio Olimpico.

Marcelo Larrondo was guilty of missing the best chance of the night from the penalty spot in the 19th minute of the battle between two of Italy’s Europa League qualifiers.

Vidic then saw his debut come to an end just moments before the end as ironic applause earned him a second yellow card in stoppage time, meaning he will miss the Nerazzurri’s clash with Sassoulo.

Jonathan De Guzman earned Napoli a winning start to the season with a goal on his debut in the fifth minute of stoppage time breaking Genoa’s hearts.

Jose Callejon had given Rafael Benitez’s men the lead before Mauricio Pinilla levelled before the break for the hosts, but that proved not to be enough for a point as De Guzman struck deep into stoppage time to ensure Napoli bounced straight back from their Champions League elimination in midweek with a 2-1 victory.

Paulo Dybala gave the home side a seventh-minute lead and it appeared their chances of victory were enhanced when Vasco Regini was dismissed just before half-time, but that was eschewed when Gastaldello levelled matters in the final minute.

Antonio Di Natale struck twice as Udinese and their new coach Andrea Stramaccioni enjoyed a perfect start to the Serie A season on Sunday with a 2-0 win over newly-promoted Empoli, while Atalanta were held to a goalless draw at home to Verona.

Cesena won for the first time on the opening day of the Serie A season with Alejandro Rodriguez’s goal clinching a 1-0 victory over Parma, while Marco Sau’s goal just before the interval gave Cagliari a 1-1 draw at Sassuolo, who had taken the lead moments earlier through Simone Zaza. 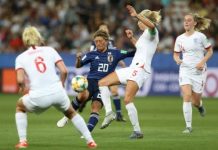 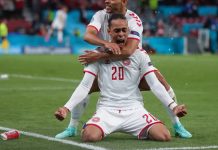