Three times, China’s jet crossed directly under the slow-moving P-8, once coming perhaps as close as 50 feet. The J-11 also passed in front of the American craft “with its belly toward the P-8 to show its weapons loadout,” according to [2] Pentagon spokesman Lieutenant Colonel Jeff Pool. “In doing so, the pilot was unable to see the P-8, further increasing the potential for a collision.”

Next, the Chinese pilot flew under the P-8 and then came alongside, bringing his wingtip within 20 feet of the Navy plane. Finally, the J-11 conducted a barrel roll over the P-8, passing within 45 feet. “The intercept was aggressive and demonstrated a lack of due regard for the safety and well-being of the US and Chinese aircrews and aircraft,” said Pool.

The big story, however, is not that the Chinese are engaged in risky maneuvers over the South China Sea—they have been flying aggressively there for more than a decade—but that American officials refuse to acknowledge Beijing’s military challenge to the US.

“US officials,” the Wall Street Journal reported [3] on Sunday, “said the midair encounters may be attributable to a rogue pilot or group of pilots in a squadron responsible for intercepts in the South China Sea.” The encounter, in their view, was not “directly authorized by the Chinese military.”

Are Chinese pilots really freelancing? For one thing, there were three similar incidents over the South China Sea this year—in March, April, and May—and the US filed protests at the time. To think that a rogue was responsible for the incident this month is to believe that China’s political leaders and flag officers have lost control over junior officers, an extremely unlikely occurrence, especially given the rigid political controls in the Chinese military.

Moreover, the Pentagon disclosed the encounter only on Friday, three days after it occurred, to give [4] the Chinese time to explain or express regret. Beijing did neither, an indication the provocation was in fact authorized.

And on top of this, the Chinese Ministry of Defense statement, released on Saturday in response to the Pentagon’s accusations, clearly showed Beijing’s intent was to stop the surveillance flights. Declared [5] Colonel Yang Yujun in a statement, “It is large-scale, high-frequency close-proximity surveillance by the United States that endangers Chinese-US maritime and aviation safety, and that is the root cause behind any accidents.”

If anyone in Washington was in doubt, Xu Guangyu, a former general now at the misnamed China Arms Control and Disarmament Association, said [3] the incident “was a form of admonishment.” “As long as the US continues to undertake this kind of unfriendly action, China will continue to issue this kind of warning,” he predicted. State media outlets put out the same message [6] in a concerted campaign.

Some think that American officials knew the August 19th encounter was intentional but were trying to give Chinese leaders a way to back down without embarrassment. Yet it is optimistic in the extreme to think China will abandon its decades-old goal of ejecting America from East Asia because Washington officials wanted to protect the public image of their counterparts in Beijing.

In any event, the attempt was ill-advised. By trying to downplay the event, the US is essentially inviting China to continue its aggressive and destabilizing behavior. Why? Because by shying away from confrontation, American policymakers give Beijing the idea they still can be bullied—as they were in the April 2001 Hainan plane incident—and therefore give the Chinese even more incentive to engage in provocative acts.

China’s leaders and military officers are hostile, but it is Washington that is setting the stage for them to be dangerous. 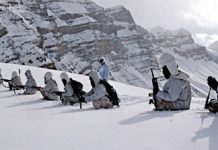 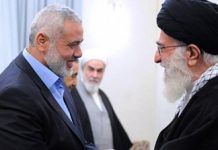 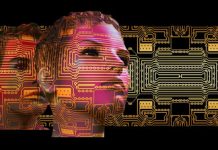