Ovarian cancer is often called silent because there are usually only vague symptoms early on. Others insist there are clear signs if you know what to watch for, such as abdominal bloating, pelvic pain and extreme fatigue.

Most experts say there is no reliable screening test for ovarian cancer. But some advocacy groups tell women to demand CA125 testing if they suspect ovarian cancer. This is a blood test used to monitor women for the cancer’s return during and after treatment. It is not approved for primary screening.

Some facts are not in dispute. According to the American Cancer Society, nearly 22,000 women will be diagnosed with ovarian cancer this year and more than 14,000 will die of the disease. More than 70 percent of women with ovarian cancer had advanced disease when they were diagnosed, meaning the cancer had already spread beyond the ovaries. That fact makes this the most lethal gynecologic cancer in the United States.

The Times asked Dr. Mitchel Hoffman for a medical update on ovarian cancer detection and treatment. Hoffman is a professor of gynecologic oncology at USF Health and Tampa General Hospital, and has been treating women with gynecologic cancers for more than 30 years.

What’s going on in the search for a screening test?

We haven’t made much progress and there is still no reliable test. This is a difficult cancer to find early because there’s no prolonged precancerous phase, like with cervical cancer, where we can test for and remove abnormal cells or tissue, and prevent the development of cancer. By the time the cellular changes take place that make ovarian a detectable cancer, the disease is beyond the ovaries and has invaded the abdomen and other organs. Research continues but I’m afraid we may find that this cancer just isn’t amenable to screening.

Yet strides have been made in prevention?

Because of advances in genetic testing, we can now identify women at high risk for ovarian cancer: Those with the BRCA-1 or BRCA-2 gene; also, women with a strong family history, meaning ovarian cancer in their mother and/or a sister; and those of certain ancestry are also at high risk, such as Ashkenazi Jewish women. We can offer them surgical removal of the ovaries. We’ve also learned that ovarian cancer may start in the fallopian tubes, so removing the tubes may also be protective.

How has treatment changed?

In the past 10 years we’ve learned that aggressive surgery in the abdomen to remove everything that looks like a tumor extends survival. The surgery takes hours, but we have to be very thorough or patients don’t do very well.

Also, how we give chemotherapy after surgery has evolved. We’ve learned that certain combinations of these drugs work better than giving one drug alone.

We’re also getting better at identifying women who need chemotherapy first, which buys them some time to improve and then we can do surgery.

We know that ovarian cancer tends to stay in the belly. A large clinical trial found that patients lived longer when we put chemotherapy directly in the abdominal cavity, called intraperitoneal chemotherapy or a belly bath. Patients who got that along with IV (intravenous) chemotherapy lived longer than those who only got IV chemo. But that approach is very hard on patients and we’re working on making it more tolerable.

What else is going on in research?

One huge area of research is genetic profiling, where we try to predict the aggressiveness of cancer cells and whether they will be resistant to certain drugs or methods of treatment. We try to find drugs that can bypass or get around that pathway of resistance. Chemotherapy isn’t very specific, and kills cancer and normal cells. We’re working on making it more targeted, more specific to each patient’s needs.

Despite the advances, there has been little change in survival. What do you tell patients when the numbers are clearly not in their favor?

It’s true, unfortunately, that there have been only modest gains in the number of women living with the disease, but not in long-term survival. And it’s always the first question patients ask: How long do I have? I tell them it depends on a lot of factors. I say this is a bad cancer, but we have to see how you respond to chemotherapy and whether we can do a thorough surgical cleanout of the abdomen. Every woman is different. It’s my job to refocus them and try to get them to look beyond what the statistics say. Many more women will live many years with the cancer and we’re getting more cancer-free years before it comes back. And, yes, in the majority it does come back, but by then there may be a new drug or treatment to offer them. So there’s still hope. 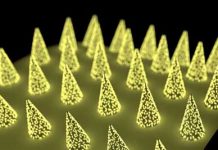 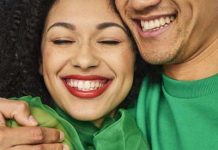