A new pilot study suggests that signs of autism symptoms can be erased if babies begin therapy even before they can toddle.

Researchers have long taken the “earlier the better” approach to treatment, but this tiny study – in just seven children – is the first to look at starting therapy in the first year of life.

The research, run by the University of California Davis’ MIND Institute, provided directed therapy to babies ages 6-9 months old who were identified as having early signs of autism, such as an inability to make eye contact, lack of babbling and fixations.

By the time the seven babies reached their third birthday – a time when autism can reliably be diagnosed – five didn’t show any autism symptoms and a sixth had only mild symptoms.

The treatment now needs to tried in many more children to make sure that it can be consistently helpful, said study co-author Sally Rogers, a professor and developmental psychologist at UC Davis.

“It doesn’t prove that these children recovered from autism,” Rogers said, because they were too young to be diagnosed with the condition. But “it’s a promise of a potential treatment for young children who have these symptoms.”

It’s not clear, Rogers said, whether the early treatment is better than therapy now generally offered for 3- and 4-year-olds. But it may be that focusing on teaching language to babies at a time when they would normally be learning to speak, for example, will prove more effective than catching children up later, she said.

It’s way too soon to declare this kind of therapy a “cure” or even a treatment for autism, said Deborah Fein, a child neuropsychologist at the University of Connecticut, who has researched older children whose autism symptoms disappeared.

Some babies who look like they’re going to have terrible problems simply outgrow whatever was wrong, she said. But she was impressed with the results and said the therapy deserves further investigation in many more children.

Rogers said she and her colleagues are planning a larger study now, to begin as soon as they can line up funding.

The treatment, which is a modified version of a therapy program already offered to older children diagnosed with autism, involves 12 hour-long training sessions for families, directing parents to pick up on their children’s unusually subtle cues.

Not all parents will have the time necessary to partake in the program, said Dr. Lisa Shulman, director of Infant and Toddler Services at Albert Einstein College of Medicine’s Children’s Evaluation and Rehabilitation Center. Some may not have the time, or lack the commitment to parenting a challenging child, she said.

Plus, parents whose children don’t improve with early therapy, shouldn’t blame themselves, she said. “There will be a group of parents who will say even if my child had been identified that early, I don’t think that would have made a difference. I say as a professional, ‘that’s true.'” 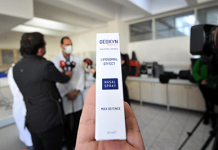 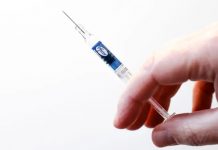 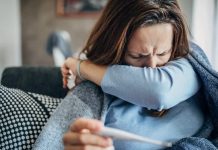