To hear critics tell it, Richard Linklater’s Boyhood is the most celebrated film of 2014 in large part because everyone can relate to it.

“The profuse pleasures of Boyhood spring not from amazement but from recognition—from saying, Yes, that’s true, and that feels right, or that’s how it was for me, too,” Anthony Lane writes in the The New Yorker. Richard Roeper, of the Chicago Sun-Times, describes Boyhood as “a pinpoint-specific and yet universal story,” and Rolling Stone’s Peter Travers calls it, “a four-star game-changer that earns its place in the cultural time capsule.”

Which raises a question: What is the culture it captures? Whose culture is it?

Filmed over the course of 12 years, with the same primary cast, Boyhood tracks the life of a boy in Texas, from childhood through adolescence. Mason makes and loses friends, survives his parents’ divorce and is transformed by his first serious romantic relationship—all as he naturally ages on screen.

Linklater includes cultural landmarks from the last decade to help note the passing of time, from Coldplay’s first hit to the evolution of video games to the Harry Potter phenomenon. And with a directorial style that suggests documentary, he further encourages viewers to apply their own meaning to Mason’s journey.

There’s no denying that, as so many have pointed out, it takes a visionary artist to conceptualize and execute a project on this scale, this well. Indeed, the experience of watching a human being age in this way, in the span of one movie, is unforgettable. Yet there are also clear limits to Linklater’s vision. Because in this otherwise sprawling exploration of a boy’s life in America, there is an essential aspect of the present-day human experience that goes unexplored: race.

It’s not surprising that the protagonist and his entire family are white; most movies today, still, are about white people. What’s surprising is that, as portrayed in the movie, Mason lives 12 years in America without ever having or overhearing a significant conversation about race. Not on TV, not at school, not with his parents, nor with any of his friends.

It’s certainly true as well that many viewers who don’t look like Mason, including women and people of color, have found and will continue to find Boyhood’s narrative illuminating and relatable.

But the fact that this particular film omits the topic of race almost entirely, underscores something insidious about our movies and the society they reflect.

Boyhood is not, in general, oblivious to the real world. Linklater does choose to openly point out social inequities that Mason encounters on his path.

Mason’s family is not wealthy, and their struggles with money clearly play a major factor in the narrative. His friends make gay jokes and participate in macho posturing, but Mason openly rejects the aggressive masculinity of his mom’s partners (even as he is chastised by one for wearing nail polish). At one point the kids giggle at a disabled person, and the camera lingers on the exchange—asking Mason to consider it further.

He observes women being demeaned, objectified, and—in one brief moment—even physically abused. We’re also shown his working single mother, Olivia, doing her best to get by (brilliantly given life by Patricia Arquette). And Mason’s sister Samantha, played by Linklater’s own daughter, is used throughout to reference just how much girlhood in America might differ from boyhood.

These are intentional decisions on the part of the director. They draw attention to the ways in which kids see the world, how they talk to one another, and how they learn about the society around them. Mason is constantly observing people, and through these observations he is changing.

Most of these scenes make us, as the audience, wince at the things we inadvertently teach our kids. And they make us reflect on a time when we were blissfully unaware of the pain around us. But they also force us to consider some of the cruelties, subtle and not, that mark our society: classism, homophobia, sexism, ableism…

Yet, as a few others have noted (largely drowned out by the mass of praise), the list of humanity’s roadblocks in Boyhood does not include racism.

The closest Mason comes to witnessing the long history of racial discrimination in this country is when he, his sister, and father are shown canvassing for Barack Obama, and they meet an older white man who stands in front of a Confederate flag and says he won’t be voting for “Barack Hussein Obama.” But the scene isn’t about that man’s feelings—it’s about electoral politics seeping into culture. There aren’t any actual people of color in sight. The scene, which is played for laughs, quickly transitions into his father asking Mason to steal a nearby John McCain sign.

Similarly, in an earlier scene where Mason and his friends are being bullied by some high schoolers, there is one boy of color present in their group. He gets bullied like the rest of them, but there is no suggestion of racism. And the character disappears from the story as quickly as he arrives.

In fact, there is only one truly significant interaction with a person of color in the entire plot. In the second half of the film, a Spanish-speaking worker—who is fixing a pipe outside the family’s house—is given words of encouragement by Mason’s mom (the teenage Mason, who is waiting for her in the van, doesn’t observe this). We learn a few years later, as Mason is having breakfast with his mother and sister, that her words inspired that man (played by Roland Ruiz) to pursue a college education and that he is now a restaurant manager. The interaction is a reiteration of the film’s “carpe diem” theme, and we can infer that by watching this exchange, Mason might have newfound respect for his mother.

In this tale of a white family living in a state that borders Mexico, isn’t it strange that the only time they’re shown truly interacting with a Spanish-speaking non-white individual is when they are saving them from a life of manual labor? Perhaps we’re meant to gather from this that Mason is aware of the barriers that those with brown skin must overcome to make it in a place like Texas, but unlike the film’s references to other forms of discrimination, it’s not made obvious. Instead, it actually seems easier to interpret this scene as saying something closer to “any boy can make it in America if they just seize their opportunities.”

Meanwhile, no girls of color and only two women of color speak throughout the three-hour film: Samantha’s college roommate (played by Andrea Chen) and Olivia’s colleague, a black professor (played by Angela Rawna) whose most memorable action is making a pass at the teenage Mason.

The Seattle Times says Boyhood is “the most engrossing coming-of-age movie in the history of the genre.” That assertion may be true, but it’s also true that the popular history of the genre has been largely limited to imagining the lives of white kids. In Flavorwire’s 2014 list of the best coming-of-age films ever, all of the top 10 are about white childhood. A similar list posted on the Sundance blog this year is even more specific, including only films about white boys. Boyhood may be revolutionary in many ways, but it’s frustratingly familiar in others.

Compare Linklater’s vision to 1991’s Boyz n the Hood, John Singleton’s Oscar-nominated coming-of-age drama depicting life in South Central Los Angeles. It’s an entirely different setting and cinematic style (and has its own severe limitations when it comes to depicting black women), but it’s hard to even imagine that Mason and Tré Styles are boys living in the same country. Singleton’s film tracks Tré, and his best friends Ricky and Doughboy, over the course of seven years, from elementary through high school. They deal with a lot of the same issues as Mason—single-parent homes, drugs, sex, peer pressure, violence—but they also deal with race. One of the earliest scenes in the film is a young Tré challenging his white teacher during a history lesson on the origins of Thanksgiving. The 10-year-old gets up in front of the class and shares that “everybody’s really from Africa”—because his father has taught him that the body of the first man was found there—and the assertion eventually leads to a fight between Tré and another black classmate. It foreshadows much of the rest of his story.

You might point out that Singleton’s film takes place decades before Linklater’s, but it’s equally difficult to imagine Mason living in the same country as Oscar Grant, the subject of one of last year’s best reviewed films, Fruitvale Station. That film, which also premiered at Sundance, is based on the true story of an unarmed young black man who was shot and killed by a white Bay Area Rapid Transit officer in 2009. First-time director Ryan Coogler depicts the last day of Grant’s life, the events leading up to that fatal event, but like Singleton, uses the opportunity to tell a larger story about life in America for black boys and men.

For Oscar and Tré, every day features a confrontation with race. For Mason, 12 years can pass without confronting it at all.

Of course there are far more worrisome films than Boyhood, and it’s a more thoughtful work than all of the blockbuster movies playing at American cinemas right now—none of which overtly deal with race either. But those films aren’t being said “to channel the flow of real life” by The Wall Street Journal. Those films don’t have all-encompassing titles like “boyhood.”

This isn’t the first time Linklater’s forgotten race in his otherwise expansive philosophical explorations. The seminal Before Sunrise series’ Jesse and Celine, over the course of three films where they do nothing but talk to each other, spend hours arguing about faith, feminism, war, the economy, love, and even the very meaning of life. And yet, they do not mention, even in passing, how skin color intersects with all those issues.

What’s most troubling about all of this is not the idea of a fictional 18 year-old who has never had to think about race. It’s the thought of living white men in America mistakenly thinking that race has played no significant role in their own lives. In fact, cinema like Boyhood suggests that it’s the norm for these boys and men not to think about race. Which makes it seem like it’s okay.

While Linklater and the character of Mason can choose not to see it, dialogue about race is happening all around them and affecting their lives and experiences. That’s never been clearer than this year, when the events in Ferguson have people nationwide asking—as they did after the death of Trayvon Martin, and so many times before—a painful question: In America, are the lives of black boys worth less than those of white boys? (And where does that then leave girls of color—especially black girls?)

Race and racism shapes the life of everybody, no matter where they live or who they are. This includes white boys. We all grow up in a society that gives us opportunities, or limits opportunities, based on the color of our skin. Mason—who has high-school teachers who believe in him, does drugs without fear of the police, is encouraged to compete in art competitions, and eventually goes to college—is surely the beneficiary of privileges historically bestowed upon white men.

Richard Linklater may have set out to tell one, small story; not the entire story of America. But as long as society continues to present lives like Mason’s as what’s normal, the childhood of people of color, like Michael Brown, will be seen as variant—as other. To be centered is not merely normalizing—it’s elevating. And to be othered is not only to be seen always as potentially dangerous, but also to feel always in danger. 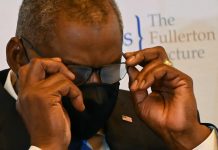 Austin on a strategic mission in SE Asia 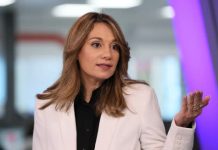 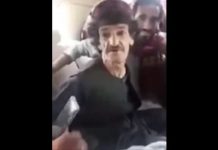