Some students in the east of Turkey began their education in gardens after authorities deemed several schools planning to offer education in the Kurdish language “illegal” and sealed them shut.

A school planning to provide Kurdish instruction in the Ferzad Kemanger Education Support Center in Diyarbakır’s Bağlar district was sealed on Sept. 15 by a decision of the governor’s office, on the grounds that it did not have permission from the ministry to operate as a school.

Democratic Regions Party (DBP) Diyarbakır district head Zübeyde Zümrüt and Diyarbakır Mayor Gültan Kışanak held a press conference in front of the school on Sept. 16. Zümrüt said they did not accept the ban on the school, removing the authorities’ seal on the entrance and entering the building.

Another school in Hakkari’s Yüksekova district, which was planned to open with the support of the Kurdish Language Research Development Association, the DBP, the Democratic Society Congress, and education union Eğitim-Sen, was sealed by the authorities yesterday.

Yüksekova Mayor Ruken Yetişkin and several citizens came to the area demanding entry into the building.

Meanwhile, after the Berivan Primary School, opened in the Cizre district of Şırnak province, was sealed by the authorities, students started their academic year in the garden of the building.

During his visit to Diyarbakır yesterday, Justice Minister Bekir Bozdağ said there had been no official application for the opening of schools offering education in Kurdish.

“One has to comply with the regulations to open a school. If you say, ‘I can open a school [without permission],’ then it is no longer the rule of law,” said Bozdağ. 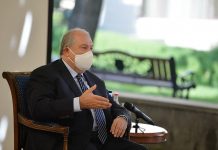