The Syrian regime, which the US has sworn to overthrow, has asked America to co-operate in the fight against Isis militants. It is likely to exact a high price for any collaboration

Syria has asked Washington to engage in military and intelligence collaboration to defeat their mutual enemy Isis, inviting US congressmen and senators to visit Damascus to discuss joint action against the jihadis who threaten both America and the regime of President Bashar al-Assad.

It’s an offer that President Barack Obama will have to refuse – but not without some embarrassment. After deciding to bomb the forces of Isis, which calls itself Islamic State, in Syria as well as Iraq, Mr Obama was confronted by Vladimir Putin’s warning that any such unilateral action in Syria would be “an act of aggression”.

The US President will now have to explain yet again why he cannot collaborate against America’s “apocalyptic” enemies with a Syrian regime which he has also sworn to overthrow – even though this regime is fighting exactly the same enemies.

The letter to the US House of Representatives pointedly invites Congress and Senate members – who last year condemned the Syrian government for chemical attacks in the suburbs of Damascus – to collaborate “to save Syrian and American lives from a possible dirty bombing terror attack” by Isis, Jabhat al-Nusra and other groups.

The Syrian offer, contained in a letter yesterday from the Speaker of the tame Syrian parliament, Mohamed Jihad al-Laham, could not have been written without the seal of approval of the regime and is addressed, among others, to John Boehner, the Speaker of the House of Representatives, and Nancy Pelosi, the House Minority Leader.

It claims that the “moderate” Syrian opposition which the US has promised to aid and train is identical to the jihadi groups supporting Isis, (or Isil as the Syrians prefer to call it, using another of the organisation’s acronyms).

What was called the “moderate opposition”, Mr Assad’s parliamentary Speaker writes, “sold to Isil the innocent, beheaded US journalist. There is nothing to prevent those groups from selling US weapons to Isil as … is their proven common practice.” Arming “non-state Islamic jihadi individuals”, the letter goes on, “is a clear violation of [UN] Security Council Resolution 2170 … that any co-operation to combat terrorism should be among the member states”.

Resolution 2170, passed last month, calls on member states “to suppress the flow of foreign fighters, financing and other support to Islamist extremist groups in Iraq and Syria” – identified in the UN document as Isis and the al-Qaeda-linked Jabhat al-Nusra – and “to prevent fighters from travelling from their soil to join the groups”.

Syria, of course, insists no “moderate” opposition now exists in the country, a statement which carries the mark of truth, and that all opponents of Mr Assad’s rule were from the start Wahhabi-inspired Sunni jihadists – which was not in fact the case. Mr Laham’s letter accuses Saudi Arabia, which funds Mr Assad’s enemies, of sponsoring schools which are “teaching the ideology of hate, ‘takfiri’ [a Muslim accusing a fellow Muslim of apostasy] and jihad as holy duty”.

Re-emphasising its own loathing of the Saudi regime, the Syrian letter says all “terrorists” are the product of “this Salafi, Wahhabi, jihadi ideology – from 9/11, to [the] Boston bombing, to the beheading of the two American journalists – beheading, which is a governmental legal practice in Saudi Arabia”. Mr Obama should not form any coalition outside UN Resolution 2170, “especially with states that have a conflict of interest due to their practised ideology.”

The letter may have been influenced by Khaled Mahjoub, a US citizen and Syrian businessman who is also a personal confidant of Bashar al-Assad, for it repeats Mr Mahjoub’s oft-quoted observation that only re-education of “terrorists’” families and communities through “loving Sufism” can rehabilitate those who use violence. Sufism, with its mystical poetry and its desire to find divine love, is regarded by many Syrians as the very opposite of “jihadism”; Sufi missionaries spread Islam into Africa and central Asia as well as India.

All of which is a far cry from the titanic civil war in Syria where “moderate” schools of Sufism take third place to military hardware and the Russian-Iranian alliance in the regime’s battle against Isis. In truth, Western intelligence agents have for many months now been in contact with their Syrian opposite numbers to secure the kind of collaboration in secret which the regime is now offering in public – though without, it has to be said, much success.

Come into my parlour, says the spider to the fly. For the Syrian regime’s web has proven far tougher than America and Europe imagined – and the principal fly has exhibited all the characteristics of weakness, fear and indecision which the Syrian spider understands. Only just over a year ago, the US was planning to smash the Syrian regime with bombs and missiles – and now that it wants to smash the Isis regime with bombs and missiles, Syria will exact a price for any assistance Washington seeks. 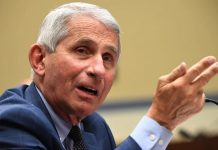 US Must Stick To 2-Shot Strategy For Pfizer, Moderna Vaccines: Top Expert