LONDON: World oil prices rebounded sharply on Tuesday after the head of OPEC indicated that the crude producers’ organization could cut its production target for 2015.
The widely-reported comments came from Abdullah El-Badri, secretary-general of the Organization of the Petroleum Exporting Countries (OPEC), after talks with Russian Energy Minister Alexander Novak in Vienna.
In late afternoon deals, Brent North Sea crude for delivery in November rallied $1.40 to $99.28 per barrel from Monday’s closing level.
US benchmark West Texas Intermediate for October leapt $1.65 to $94.57 a barrel.
“Oil prices rose by over $1 per barrel … after the OPEC meeting in Vienna concluded with OPEC stating that it might reduce oil output by 500,000 barrels per day (bpd) in 2015 to 29.5 million bpd,” said Natixis commodities analyst Abhishek Deshpande.
“That should help balance the markets provided Libya and Iraq do not increase production separately.
“OPEC also suggested oil price to rise by end of this year on seasonality.”
Vienna-based OPEC — which comprises crude exporting nations from the Middle East, Africa and Latin America — will hold its next production meeting in the Austrian capital on Nov. 27.
The organization’s 12 member nations left their collective oil production ceiling at 30 million bpd at their last gathering in June.
“OPEC’s secretary-general expects oil prices to recover by the end of the year, and hints that the organization will decide to reduce its output cap to 29.5 million bpd for next year at its meeting in November,” added PVM analysts in a note.
Brent oil prices on Monday had tumbled to a two-year intra-day low of $96.21, dented by abundant global supplies and after weak economic data from top energy consumers the United States and China.
“Brent futures declined to their lowest levels in more than two years yesterday as concerns regarding slowing Chinese growth saw trading volumes decline substantially as investors grew wary of falling demand in the world’s second-biggest oil consumer,” said Sucden analyst Kash Kamal.
Brent was also pushed lower on Tuesday by technical reasons as speculative traders sold off their positions ahead of Monday’s October contract expiry.
US industrial production unexpectedly fell in August by 0.1 percent, after six months of gains. Manufacturing output meanwhile fell 0.4 percent.
The data came after China reported over the weekend that growth in industrial production fell sharply to 6.9 percent in August, the slowest pace in more than five years.
“This (Chinese) data has acted to consolidate current fears for global demand going forward in a time where supply is ample and robust,” noted Inenco analyst Dorian Lucas.
Analysts said investors were also awaiting the highly anticipated two-day meeting of the Fed’s policy-making committee that begins Tuesday.
They are concerned by the prospect the Fed will begin hiking interest rates sooner than expected, and will be scrutinizing statements by the bank’s chief Janet Yellen on Wednesday.
The Fed has previously said it would keep interest rates low for a “considerable time” after ending its massive stimulus program, based on continued weakness in the labor market. Its bond-buying program is expected to be fully wound down by the end of October. 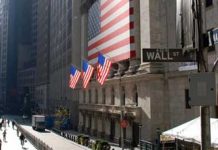 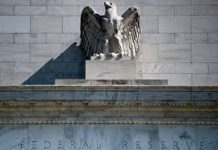