The famous video of Ray Rice striking his girlfriend is edited.

This isn’t a secret. TMZ put it in their original story: “This video is a cleaned up version of the raw surveillance elevator video—the raw is jerky … so we smoothed it out.” It’s this edited version that has aired on television and been discussed online.

Its editing has been discussed too. As the Press of Atlantic City noted, “The cleaned up version would not be the one presented in court, if the case had gone to trial.”

And yesterday, J.K. Trotter at Gawker argued that that editing was antithetical to a certain kind of buttoned-up journalistic ethics. Trotter cites Times executive editor Dean Baquet’s line about the Rice video—“TMZ had a great scoop. I wish I had it.” Trotter then tries to imagine the Times publishing the Rice video instead of TMZ.

“Had the Times edited the video in the same manner, journalism ethicists would have undoubtedly raised an alarm,” Trotter says:

Few other outlets could have published the video in the way TMZ did: by playing up substantially altered imagery while downplaying the raw, untouched material. […] TMZ delivered justice, however late, to a celebrity athlete who nearly got away with beating his fiancée. But that didn’t happen because TMZ decided to embrace an unfiltered video medium. That happened because TMZ is ultimately a tabloid, and this was a story only a tabloid could tell.

Is that true? Could The New York Times have published the Rice video?

The answer is more than intra-media thinkpiecified hypothesizing. The Rice video—and the damage it has already done to the NFL—was the product of an age in which cameras are ubiquitous but of low-quality. And though the video seems to have fallen into TMZ’s hands through more old-fashioned means, it achieved popularity primarily through online distribution.

As such, it raises two sets of related questions about the ethics of photography online. The Rice video is important video, but it wasn’t filmed by a photo-journalist—in fact, it wasn’t filmed by anyone at all. Yet it has already altered the national debate around football. If The New York Times couldn’t run it, it would imply something about how old, big outlets would fare in this increasing age of ubiquitous-if-shoddy photography.

But that’s a big if. And when I got in touch with Times representatives about how they treat video, they were clear.

“I don’t think there’d be anything to prevent us from running the video,” said Bruce Headlam, the Times’s managing editor for video.

“I can’t speak for how big a splash it would make,” added Headlam, nor could he say whether the Times would have edited the video in the exact same way TMZ did. But he chafed at claims that the Times wouldn’t edit the video at all.

“Almost everything in journalism is edited to some degree. You create a start point, a stop point.” Readers know that reporters clean up quotes, said Headlam, and he added that at the end of every print story, the paper does not append, “Due to space constraints, this person said several other things that we did not include.” Stories are not transcripts.

Rather, readers and viewers count on the paper’s editing to be honest, upfront, and fair.

Headlam said too that the Times has found itself increasingly running what he called “found or evidentiary video.”

“With found video, evidentiary video, you do reporting around it, to make sure what you think you’re seeing is what you’re seeing.” The two questions that matter, he said, are: “What did you do to the video? What reporting did you do around it?”

Just earlier this month, the Times ran a story about the survivor of an Islamic State massacre that included video produced by the Islamic State. He said the video needed little editing, but that the department would have done more if it was needed.

“We might have adjusted [the video’s] sound levels to keep from blowing people’s eardrums out, but we didn’t do any color correction,” Headlam said.

If the Times video department had cleaned up the video—or made any changes beyond fixing audio levels or correcting colors—Headlam said, the Times would have run a note like TMZ’s.

Most importantly, he said, in the case of the Islamic State video, Times reporters “reported around the incident.” The video appeared to be the massacre, but reporters “did a lot of to confirm this is where it was, and what the survivor’s place in it was.”

It hasn’t always been this way. Headlam said that, a couple years ago, the Times might not run some of the jerky phone-filmed evidentiary videos that abound online. But viewers are now so used to that ecosystem that the Times might run videos unedited that it would have previously never run at all.

Would the Ray Rice video have made as big a splash if it had come from the Times? That’s a different question and impossible to answer. In his story, Trotter postulates that the inevitable cry of “ethics!” following any Times videoediting would have “supplied valuable ammunition to the N.F.L.”

No one (of course) can be certain, but I’d bet on the opposite: Had the Times worked to smooth out the surveillance footage frame-by-frame, its journalistic work would have been more praised than TMZ’s. Its editing would be taken as innovative. At the same time, though, the Times’s release of the video—and its association as a “liberal media” outlet—would have changed the political potential of the video. The Times could have been accused of having a political agenda, unlike the tasteless and shock-loving TMZ.

And Headlam said that, depending on the jerkiness of the film, the Times might not have cleaned it up at all, might have opted to release stills instead. Yet he spoke of the power of the moving image: “I’ve got to hand it to TMZ, they did it. The value of the video is so visceral—and [Rice] is so nonchalant. [The video showed] that it wasn’t a tussle that went wrong, that she didn’t hit her head falling—that he clobbered her.” 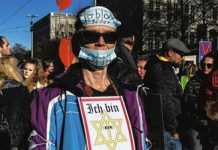 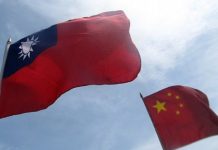 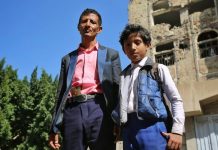