“We are mindful of the potential for a build-up of excessive risk in financial markets, particularly in an environment of low interest rates and low asset price volatility,” the G-20 officials said yesterday in a communique released in Cairns, Australia. “We welcome the stronger economic conditions in some key economies, although growth in the global economy is uneven.”

The remarks reflect a patchy global economic recovery since a February G-20 meeting in Sydney. While the U.S. and U.K. economies have improved and stock markets gained, Europe risks slipping into deflation and concerns are mounting that China’s 7.5 percent economic growth target for 2014 is becoming harder to attain.

“It is critical that we take concrete steps to boost growth and create jobs,” Australian Treasurer Joe Hockey, who hosted the meeting, told reporters after the communique was released. “We will use all levers available, including additional fiscal and monetary policy leverage where appropriate.”

An increase in geopolitical risks and the faltering growth outlook in some of the world’s bigger economies have had little lasting impact on major financial markets in the U.S., Europe and in Asia, amid monetary stimulus by the Federal Reserve, European Central Bank and Bank of Japan.

“Overall, liquidity is going to remain accommodative even as the Fed begins to tighten,” said Todd Elmer, head of Group-of-10 strategy for Asia ex-Japan at Citigroup Inc. in Singapore. “The question is whether this introduces some more volatility into the market, and there is potential of higher volatility across asset classes.”

The Standard & Poor’s 500 Index is in the midst of its longest streak of quarterly gains since 1998, rising last week to a record. The Stoxx Europe 600 Index has advanced in five of the past six weeks. The MSCI World Index of global developed-market equities touched 16.25 times estimated earnings this month, the highest since December 2009, according to data compiled by Bloomberg.

The extra return investors demand to hold corporate bonds instead of sovereign securities is near the lowest level since 2007, according to a Bank of America Merrill Lynch Global Corporate Index. It was at 109 basis points on Sept. 19 from a seven-year low of 105 reached in June.

“What we are looking at here is an apparent search for return in a low-yield environment and the concern is that we are seeing more investing in higher-risk ventures,” Canada’s Finance Minister Joe Oliver told reporters in Cairns. “If there is a reappraisal it could all of a sudden shoot up in volatility and result in losses and it could be disruptive.”

Investors are becoming complacent about risks in financial markets, the Financial Stability Board said last week. Emerging markets were hurt last year as the prospect of a reduction in U.S. stimulus spurred outflows.

G-20 finance chiefs will monitor the potential increase in financial market risks, while strengthening policy frameworks, according to the communique. They also pledged to meet their exchange-rate commitments, and noted “downside risks” from geopolitical tensions.

Officials had considered asking investors to be vigilant against taking excessive risks in the communique, according to a delegate from a G-20 economy, who asked not to be identified because the talks were private. Some members argued against including the warning on concern it could cause reactions in financial markets, he said before the communique was released.

Measures proposed by member economies have brought the G-20 about 90 percent of the way to achieving a target of lifting the group’s collective gross domestic product by an additional 2 percent, or more, over five years, Hockey said. Individual members will submit their plans toward reaching the goal at a leaders’ summit in Brisbane in November, he said.

Policy makers in the U.S. and Canada are putting pressure on Europe to bolster demand. U.S. Treasury Secretary Jacob J. Lew has urged Europe to spur demand, while Canada’s Oliver has said some European countries should consider additional fiscal measures.

The ECB will gauge the effects of monetary stimulus unveiled in June and September before deciding whether more action is needed to bring inflation back toward 2 percent, Executive Board member Benoit Coeure told reporters in Cairns.

“In case it would not be enough, the Governing Council is ready to do more,” he said. “But it’s way too early to tell.”

G-20 economies will “continue to implement our fiscal strategies flexibly to take into account near-term economic conditions,” while putting debt as a share of GDP on a sustainable path, finance chiefs said in the statement. “We agree to consider changes in the composition and quality of government expenditure and tax to enhance the contribution of our fiscal strategies to growth.”

Finance chiefs and central bankers agreed that monetary policy should continue to support the economic recovery and should particularly address deflationary pressures where they are evident, Hockey said. Achieving robust growth will facilitate the eventual normalization of monetary policy in advanced economies, according to the G-20 statement.

“It became clear that in the short-term, more work needs to be done to bolster cyclical measures,” Mexican Deputy Finance Minister Fernando Aportela said in an interview in Cairns.

The U.S. dollar has climbed as the Fed edges closer to its first interest-rate increase since 2006, while easing by the ECB and the Bank of Japan are weighing on the yen and euro.

“There was a strong focus on the need to carefully communicate potential monetary-policy changes,” Hockey said. “In this regard I want to particularly commend the chair of the Federal Reserve, Janet Yellen, for the careful and deliberate way she has undertaken this difficult task.”

Lagarde stressed the importance of finding the right policy mix for each country.

“The recommendations have to be tailored and targeted for each and every country,” she said. “Each and every one is different.” 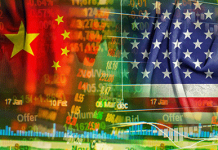 Saudi Arabia Aims to Become Next Germany of Renewable Energy