President Obama claims that ‘over 40 countries’ have offered to help the US-led campaign against Islamic State militants in Iraq and Syria. Just how firm is that support, how firm the support of Americans and Congress?

The Obama administration plan to “destroy and degrade” Islamic State militants was topic number one on the TV news shows Sunday morning, and it promises to stay so this coming week when President Obama addresses the annual U.N. General Assembly meeting in New York.

In essence, it’s an international rally, led by the United States, to attack and eventually eliminate the group also know as ISIS or ISIL. The administration’s goal is to build momentum on what it’s achieved so far: Some commitments from other countries (France has joined the US air campaign in Iraq), plus bipartisan votes in Congress this past week authorizing the Pentagon to train and arm moderate Syrian rebels in the fight against ISIS.

Obama kicked off the effort Saturday in his weekly radio address when he said, “Over 40 countries have offered to help the broad campaign against ISIL so far – from training and equipment, to humanitarian relief, to flying combat missions.”

“A majority of Democrats and a majority of Republicans in both the House and the Senate have now approved a first, key part of our strategy by wide margins,” Obama said. “Those votes sent a powerful signal to the world: Americans are united in confronting this danger.”

That “Americans are united” reference may be more aspirational than firmly actual, however.

A Reuters/Ipsos poll earlier this month showed that while Americans support Obama’s campaign of air strikes against Islamic State militants, they have a low appetite for a long campaign against the group.

“People see air strikes as surgical. They think we are able to go in and do something that affects in a negative way this horrible group of people and we are able to extract ourselves with only a very low risk to American lives,” said Ipsos pollster Julia Clark. “There’s absolutely no appetite for re-engagement in that region in any prolonged way.”

American “boots on the ground” – of which there have been increasing numbers in Iraq in recent weeks – seem to be the defining line for political support.

“I won’t commit our troops to fighting another ground war in Iraq, or in Syria,” Obama said Saturday. “It’s more effective to use our capabilities to help partners on the ground secure their own country’s futures.”

Hitting major news shows Sunday, UN Ambassador Samantha Power danced around the subject of partners in the fight against ISIS.

She was asked on CBS’ “Face the Nation” if the United States had any indication other countries were willing to launch air strikes in Syria.

“We do,” Ambassador Power said. “But we’re going to leave it to other nations to announce for themselves what their specific commitments to the coalition are going to be.”

An important distinction is emerging about going after ISIS in Iraq and attacking the militant group in Syria.

Obama, too, talks of “over 40 countries [which] have offered to help the broad campaign against ISIL so far – from training and equipment, to humanitarian relief, to flying combat missions.” Americans can be forgiven if this reminds them of the “coalition of the willing” President George W. Bush claimed to have when the US invaded and occupied Iraq 11 years ago.

Most lawmakers may have backed Obama in their vote last week. But many remain uneasy about where things are headed.

“The risk is that the United States begins getting involved in what may be a very long term commitment to a messy civil war in Syria,” Senator Chris Murphy, a Foreign Relations Committee Democrat who voted against the aid, told NBC’s “Meet the Press.”

Republican committee member Ron Johnson, who approved the aid, said he did not think aid and air strikes would be enough to defeat Islamic State. “I’m just not seeing the strategy that’s actually going to work,” he told NBC.

This report includes material from Reuters. 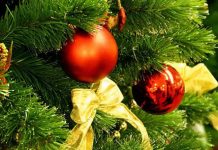 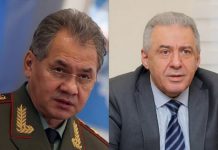