A father, who rejected modern medicine and was trying to cure his diabetic son with home-prepared herbal mixes, has been taken to court on charges of “maltreatment.” The court demanded that the father’s mental situation be checked after he said in his testimony, “I am my son’s father and, if needed, his doctor.”

According to the file, the 13-year-old identified as M.D. was treated for diabetes in Ankara University’s Medical Faculty; however the father, identified as C.D., obstructed the treatment by not giving the regular dose of insulin his son needed.

The father began giving several herbal mixes he prepared from an ancient book written by Avicenna, also known as Ibn Sina, from the 11th century. When the child went into a diabetic coma after 25 days, his father took him to hospital.

He was immediately taken to an intensive care unit, but the father rejected the treatment and requested a discharge. When the doctors refused, C.D. abducted his son from the hospital. Doctors then referred the case to the public prosecutor. An investigation was launched and a case was opened against C.D. with charges of “maltreatment.”

In his testimony, C.D. said he knew his son was suffering from diabetes: “Of course medicine has advanced, but as a father, I have my duties. I have researched and found these three herbs, I don’t remember the names of which, and put them in alcohol. It stayed in a closed bottle for 41 days. A black liquid was formed and I made my son drink this. I also use this same formula. This medicine is good; I gave it to my child knowing its benefits. I saved my son’s life. I don’t want my son to be treated in the hospital; they don’t look after him well there. I am his father and I will become his doctor whenever necessary.” 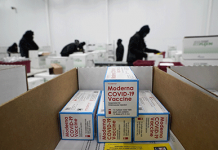 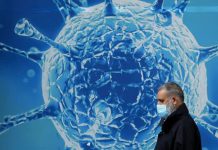