Soaring numbers of of teenage girls are suffering iron deficiency because they consume too many energy drinks, experts have warned.

The Health Food Manufacturers’ Association has (HFMA) warned that caffeine can inhibit the body’s uptake of minerals, including iron.

Iron deficiency is one of the most common nutritional disorders and recent research has shown that around 40 per cent of girls and young women aged 11 to 24 in Britain have lower than expected intake.

Deficiency affects up to 18 per cent of women during menstruation.

Other studies have indicated that one in 10 British teenagers consume as many of five cans of caffeinated energy drinks every week, the HFMA said.

A survey of 10,000 British adults conducted by the Association found that three-quarters of 18 to 24- year-olds do not know that caffeine can restrict a person’s intake of these vital minerals.

The HFMA’s executive director, Graham Keen, said: “Micro-nutrients are essential for good health and wellbeing, and iron deficiency is a wide-scale issue which shouldn’t be ignored – particularly for teenage girls.

“The public needs access to straightforward, responsible information about how essential vitamins and minerals work.

“Everyone should know that the best solution for most people is to consume key nutrients such as vitamins and minerals via as healthy a diet as possible.

“And it should also be recognised that a daily food supplement provides important insurance for millions looking to safeguard their nutritional intake.”

It comes as another survey by consumer analysts Mintel found in the last year 61 per cent of British people have consumed a sports drink and 46 per cent a energy drink.

The report also reveals 54 per cent of British people claim to often feel tired, rising to 60 per cent among women.

Three out of four people said they are more fun to be around when they’re feeling energetic, rising to 82 per cent among women, while two-thirds (64 per cent) said they get irritated easily when they’re tired.

But while energy drinks might provide a temporary boost, there are documented health risks.

The drinks have been associated with a number of negative effects, including cardiovascular symptoms such as an irregular heartbeat, sleep impairment, nervousness and nausea.

A 2011 study carried out in the US reported on a number of cases where excessive caffeine consumption in energy drinks had been associated with effects such as “seizures, mania, stroke and sudden death”.

Despite the health warnings, sales of energy drinks are rising, from 454 million litres sold in 2011 to an estimated 550 million litres predicted to fly off the shelves this year.

They generally include active ingredients such as glucose, caffeine or taurine, and may include other ingredients positioned as beneficial to health, such as ginseng and various vitamins and minerals.

But experts have warned that some 500ml cans of energy drinks contain the equivalent of more than 13 teaspoons of sugar and 160mg of caffeine – which is about the same as in four cans of cola.

The recommended daily limit for caffeine for adults is 400mg.

Symptoms: Aside from tiredness, other symptoms of iron deficiency include poor concentration, poor appetite, pale skin, dark circles under the eyes.

What iron does: It’s needed to make red blood cells. A component of haemoglobin, which transports oxygen round the body.

Who needs it: Iron deficiency is Britain’s most common nutritional disorder, according to studies presented recently at the National Conference on Iron Deficiency in Infancy and Childhood. 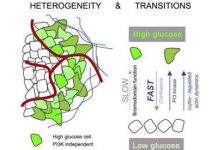 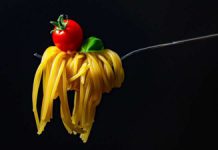