No official complaints have been lodged over TV stations with alleged links to the Muslim Brotherhood broadcasting online to Egypt through Turkey, so no action on the issue is currently planned, the Turkish government has indicated. “If we receive an official demand on the issue we will consider sending recommendations to the related authorities,” Turkish Foreign Ministry officials stated on Feb. 2.

The broadcasts by three stations – Aan, Rabia, and Al-Şark – which have reportedly called for violence and called on foreigners to leave Egypt, have aroused concern in Cairo. The stations allegedly called on foreigners to leave the country before an investment summit next month, also saying they had received intelligence information that police and soldiers would be targeted and killed. “We have heard about the issue from media outlets. But the Foreign Ministry does not have the authority to halt the broadcasts,” Turkish officials said, also adding that the Cairo authorities have not placed any such demand. Egypt’s mission in Turkey, which has been working with a reduced cadre at the level of charge d’affaires, told Hürriyet that they were unsure whether an official complaint was in the pipeline. “However, this is not the first time that such broadcastings have been made,” they said. Officials from Turkey’s radio and television watchdog, RTÜK, also said they had made no contract with the mentioned stations. “RTÜK has no authority to take action on companies that broadcast via the Internet,” the officials said. Officials from the Directorate General of Press and Information, meanwhile, also highlighted that they had no authority on broadcasting licenses and had accredited no journalists employed by these three broadcasters. Semir al-Araqi, a presenter for the Rabia station, denied that they were supporters of violence.

Welcoming Hürriyet to the office of his station in the Bağcılar district of Istanbul, al-Araqi said Rabia had been active since December 2013. “We have no activities in coordination with the Muslim Brotherhood,” he claimed. Egyptian President Abdel Fattah el-Sisi himself recently said his administration would “not compromise with violence” and warned that “deaths might come” during measures against terrorist actions, al-Araqi also said. Turkey has faced a similar problem with Denmark in recent years, officially demanding the closure of Roj TV, on claims that it was linked to the outlawed Kurdistan Workers’ Party (PKK). A Danish high court ruled in February 2014 not to renew the license of Roj TV. Turkey and Egypt mutually withdrew their ambassadors from each other’s capitals last year amid tension following the ouster of President Mohamed Morsi in a 2013 military coup staged by el-Sisi. Turkey has remained a vocal opponent to el-Sisi’s leadership, frequently directing accusations at the Egyptian leader.

However, Prime Minister Ahmet Davutoğlu said on Jan. 21 that the two countries should come together and “discuss ways to find a mutual understanding,” describing Egypt as “the backbone of the Middle East.” Morsi and several top leaders of his blacklisted Muslim Brotherhood are in custody and facing several trials on charges punishable by death. 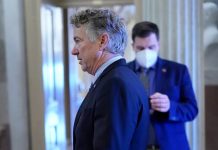 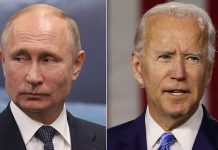