Apple, Microsoft and General Electric would face bills of $10bn or more under president’s budget proposal for one-off levy plus 19% tax on offshore cash.

Barack Obama’s plan to force US multinationals to pay tax on the more than $2tn (£1.3tn) of profits they hold offshore could boost US GDP by 1.5%, with major corporate names such as Apple and Microsoft facing bills of $10bn each.

In his budget presented on Monday, the president set out proposals to make companies pay a 14% one-off levy on their cash held offshore followed by a 19% tax on future profits earnings.

Andrew Hunter, economist at consultancy Capital Economics, said the one-off tax could raise at least $238bn and would increase US GDP by about 1.5% if it was used to fund new infrastructure. He said the stock of earnings held abroad by US firms has increased sixfold since 2002 to $2.1tn, led by companies in the technology and pharmaceutical sectors.

“The biggest holders of foreign cash within these sectors, such as Pfizer, Apple and Microsoft, would face payments of around $10bn each,” said Hunter, adding that the permanent tax on future foreign profits could raise up to $600bn over the next 10 years.

In recent years, US multinationals, including Apple and General Electric, have built up huge stockpiles of cash overseas while Democrats and Republicans fight over ways to solve the problem.

The Democrats want multinational companies to pay 35% tax – the current US corporation tax rate – on overseas profits. Republicans have been fighting against taxing the profits, but Republican senator Rand Paul supports a 6.5% tax, suggesting room for a compromise.

A White House official said: “This transition tax would mean that companies have to pay US tax right now on the $2tn they already have overseas, rather than being able to delay paying any US tax indefinitely.”

It is not the first time that Obama has attempted to target offshore cash piles. In 2013, he proposed a similar plan that would cut the corporate tax rate to 28% as part of a grand bargain to bring profits home.

The 2016 budget requires passage from Congress to take effect but approval by the Republican-controlled legislature is unlikely. Obama conceded in an interview on NBC: “There are going to be areas where we get big disagreements, but what I want us to focus on is the areas … we have in common. And we’ll have some battles along the way, but there’s going to be a whole bunch of stuff that we can do that’s really productive.”

Hunter said Obama’s proposals marked the start of negotiations with the Republicans. “This would represent a significant departure from the current system under which firms must pay the full 35% corporate tax rate on all worldwide profits, but only if the funds are repatriated to the US,” he said.

“Since the US has the highest rate of corporation tax in the OECD, this gives firms a clear incentive to keep their foreign earnings abroad – and they have done exactly that. Realistically, these proposals will be intended to open negotiations with the Republicans rather than to make it into law in their current form. But corporate tax reform is clearly on the agenda of both parties and some deal to tap into the foreign cash mountain is an area of possible compromise.”

According to Capital Economics research, General Electric had accumulated offshore profits of $110bn by 2013, followed by Microsoft with $76.4bn and Pfizer with $69bn, while Apple’s 2013 accounts show $54.4bn of cash from foreign profits will be used overseas but the fate of the rest of Apple’s $137bn offshore cash pile is less clear.

Obama also announced plans for a new tax on the US’s 100 biggest banks and financial services firms, to try to discourage them from taking too many risks.

“The fee is intended to discourage excessive risk-taking by financial firms, who were key contributors to the recent financial crisis,” the White House said in its budget proposals.

“The budget would raise $112bn over 10 years by imposing a seven basis point fee on the liabilities of large US financial firms – the roughly 100 firms with assets over $50bn,” the 144-page proposal said.

The White House said the new levy was aimed at “preventing future financial crises and making the economy more resilient”. 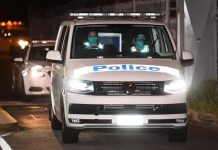