Have you seen the video of the so-called ‘mommy wars’? With more than six million views it’s a hit. Roll up Roll up! See parental tribes meet in a stand off. Gasp as the stay-at-home mothers with prams, pro-cuddle mums with Baby Bjorns, braless attachment mums with slings, working mothers in power suits, yoga stretching granola mothers and some token dads start a six-way fight. Weep as they unite to run after a runaway pram!  Cue the togetherness muzak and the sacred scribbled message ‘the Sisterhood of Motherhood’!

It’s funny and well observed in the sense that the beginning of parenthood involves a few cliques and, in this case, clichés such as “here come the breast police” and “I wonder what the stay at homes do all day.”

Look again. Or rather don’t. Because actually the ad is odious and as far from a campaign for a ‘sisterhood of motherhood’ as Tony Abbott’s maternity leave scheme is from reality.

This video is an ad for a giant baby formula company Similac. Its website welcomes all to ’embrace mothers who embrace motherhood’ and the only rule in the Similac sisterhood is to “nourish each other the same way we nourish our children”. The company is giving itself multinational matriarchal status akin to “a sister who’s got your back … there to help you get through the first few days and months of motherhood with confidence – and zero judgement. The way it should be”.  The parent company Abbott nutrition (no relation to our beleaguered PM) says it wants to change a mindset about parenting.  Oh and I suppose if it sells some formula then that would be good too. It’s enough to give you reflux.

Because while this is a clever campaign that addresses the guilt some bottle feeding parents feel about using formula it’s wrong on many levels.

For a start, multinationals cannot create a sisterhood. They can only create consumers.

Secondly, the ad is actually quite hateful. The women it portrays are awful caricatures of an extreme type that is largely a construct. In doing so, it makes motherhood look like Mean Girls.

Thirdly, the ad capitalises on parental anxiety and fear so it can make women easier to sway and manipulate. It’s in the interests of corporations to create competition, dissent, division and war and then come in as the rescuing peacemaker.

It says a lot about our generation that we are fodder for such stereotyping. We are the most closely observed and judged and professionalised parents in history.  Raising kids is now a job portrayed as a competitive sport carried out in a wilderness full of soapboxes sponsored by vested interests.

I’m not denying that when you have your first baby the mothers group can be like starting high school. There are perceived cliques and judgement. When you are nervous and overwhelmed it’s easier to be insecure and feel judged and hence become mean-spirited. But in reality, by the time babies turn one this stuff usually settles down. And by toddlerhood it’s usually all over. By the time they are at school many of us are chatting about the likelihood their personality was forged by the stars or in the womb and little we do makes any difference. By high school it’s definitely acknowledged that we all muddling through as well we can.

In terms of a sisterhood of motherhood that’s pretty much the only thing that does unite us. And that’s just fine. After all, why should motherhood unite us? Having a baby does not transform us into a club where we all wear the same jackets and think the same things. It merely gives us one thing to talk about at a parent teacher night.

Keep in mind the tactics other infant food companies have used in the past to win business. When I lived in India one of our staff had a baby. A nurse told her she wasn’t producing milk and the baby was given formula (in a city where clean water had to be bought).  I’ve often wondered if that nurse was on the take from a formula company.

In 1981 the British press accused Nestle of endangering the lives of babies in developing countries by encouraging mothers to feed them formula. This triggered a worldwide campaign against infant formula milk marketing and a World Health Organisation international code. In 2013 a French baby food company was found to have bribed doctors and nurses across 85 hospitals to recommend its product in China.

In Australia last year the Australasian College of Physicians called for a ban on marketing practices such as free samples, gift to health workers and in store promotion of formula for babies less than a year old. The Abbott government scrapped an independent panel that aimed to ensure the proper use of breast milk substitutes.

I have mates who have been upset by over zealous lactation consultants and felt awful when breastfeeding didn’t work for them. That’s appalling. My son went off the boob and onto the bottle before he turned one. I am not being a ‘breast nazi’, and accusing me of that just buys into the fights those with vested interests like us to have.

Let’s not accuse and resent each other but be suspicious of multinational companies who create a war and then solve it.  I promise you as you watch your child begin preschool not a single person will ask you if your child was breastfed and what sort of nappies they wore. 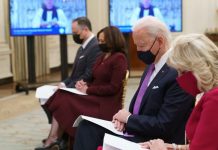