That was not a strong gust of wind you felt last week – it was the collective sigh of relief emitted by millions of parents as their kids went back through the school gates.

Then straight after this came the news that Finland was going to scrap the teaching of cursive writing starting next year. The country’s board of education is going to replace cursive writing with classes in typing – a skill “more relevant to everyday life”.

I don’t know about you, but I was relieved all over again to hear this news. I have never understood cursive writing. Why are letters better when they are joined together? What is the point of teaching a child, in 2015, to write like a nonagenarian librarian with flamboyant little loops and swirls?

The only place for cursive writing is on retro birthday cards and ironic t-shirts.

Yes, some things from the age of the fountain pen are still relevant, like Shakespeare, but others are completely redundant – see the flintlock musket.

That is not to say that handwriting should disappear altogether. A good number of studies show that handwriting can stimulate certain parts of the brain, allowing adults to learn new symbols (and languages) better and improve memory, but none of these differentiate between normal printing and cursive writing.

Now that the writing is on the wall (sorry), how should we treat cursive in Aussie schools? I was disappointed to read that most news reports about the Finnish decision had come to the conclusion that Australia following suit was very unlikely – but then I guess we just brought back knighthoods, so I really shouldn’t be surprised.

On a personal level, our family recently returned from a couple of years in Singapore only to discover that our eldest has been learning “the wrong type” of cursive writing, despite being in an international school. If I hated cursive before, learning there are variations of loops and swirls and that my son had been dutifully practising the wrong ones made me hate it more. There are a wide variety of fonts in magazines and online and I can still read them; is this really what our department of education should be focusing on?

I would much rather see cursive scrapped immediately and see a greater focus put on grammar, coming as I did from an era of Australian schooling where someone could major in English and still not come away with a decent understanding of the mechanics of what made our language tick.

I do understand the concern of parents who think things are going digital too fast, that poorer families without access to technology might be disadvantaged. But if anything, technology – and the move to put Naplan tests online from next year – should make things fairer.

For those of us who never really wrote neatly, it comes as no surprise that handwritten essays do not score as well as typed ones according to teachers. I used to sit in essay tests barely able to write as fast as my thoughts and would much rather have learned shorthand at school than the “running writing” that I ditched the moment the bell rang on my final day.

Finland’s school system is often held up as a model to be followed for its progressive approach, and this banishment of cursive is the latest iteration. We’d be loopy not to join them. 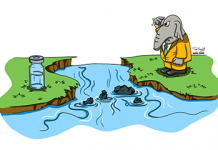 Is the US falling apart? Many Americans think so 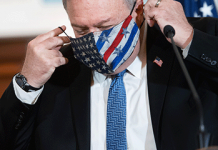 New US administration should view Pompeo as a ‘lunatic’: Global Times editorial