By Amanda Becker and Jonathan Allen

WASHINGTON (Reuters) – A Reuters/Ipsos poll shows that about two-thirds of Americans believe men are generally paid more than women, a finding that suggests that Democrat Hillary Clinton’s message on pay inequality could resonate broadly with Americans should she run for president in 2016.

Fifty-one percent of respondents said the U.S. government should be doing more to encourage equal pay, the online poll of 2,348 adults from Feb. 27 to March 3 showed.

Broken down by political party, 67 percent of Democrats and 36 percent of Republicans said the federal government should be playing a more active role, according to the poll.

The broad interest in pay equality may indicate why Clinton, the presumed Democratic presidential front-runner, has chosen to highlight gender during recent appearances.

Clinton has championed the economic advancement of women as a former secretary of state, U.S. senator and first lady. If Clinton is elected to the White House, she would be the first female U.S. president.

“We’re not just standing up for women, but for all people – for our families, our communities, our country, and indeed, the kind of world we want for our children,” Clinton told a crowd of 1,600 at the Tuesday night dinner for Emily’s List, a political group that works to elect Democratic women who support abortion access.

Women helped fuel the country’s economic growth over the past 40 years, and without them, the average family would be earning $14,000 less and the gross domestic product would be $2 trillion smaller, Clinton said.

Most of the speakers at Emily’s List touched on similar economic themes such as minimum wage and healthcare, filtered through the lens of gender.

Democrats, including President Barack Obama, often cite the statistic that women earn 77 cents for every dollar a man earns.

The 77-cent figure comes from recent U.S. Census Bureau reports based on the annual median salaries for men and women and is not controlled for other factors.

Of 111 occupations for which the government received enough data to determine 2010 pay disparities, women out-earned men in only four categories – food preparation, bill and account collections, stock clerks and order fillers, and counselors.

These figures were also based on median wages and were not adjusted for variables such as education or career interruptions to care for children and family.

The Reuters/Ipsos poll showed that adults believe there are a variety of factors that lead to discrepancies between the pay earned by men and women.

Fifty-one percent, including 42 percent of men and 60 percent of women, said that employers perceive men and women differently.

About 30 percent of all adults said that men and women make different choices about balancing work and family that could account for unequal pay.

Twenty-three percent of adults said it was “essential” that one parent stay at home with children and not work and 52 percent said that it was important but not essential.

The poll revealed political differences about how to handle equal pay. Eighty-two percent of Democrats and 62 percent of Republicans thought employers should do more to ensure equal pay.

The poll had a credibility interval, a measure of accuracy, of 2.3 percentage points. 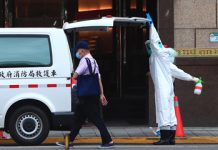 DPP ‘beholden to US for vaccine aid’ amid murky political dealings 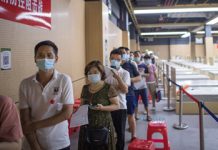