Over the past few years, approximately 550 young Muslim women have left Europe to join Islamist groups in Syria and Iraq, often marrying fighters.

Many are well educated, from middle-class families, born and raised in Europe. They do not appear to be deeply alienated from society or women who could be easily radicalized. Why would young women leave London, Glasgow or Vienna to join a group that is considered anti-woman in its policies and behavior? Why would they go to so much trouble to reach places where their freedom of movement and expression will, at best, be severely constrained?

The reasons, according to analysts, are roughly the same reasons as for men. Some are alienated from European society. Others are angry at the inequality they see and experience. Still others are looking for adventure or have a romantic idea of wanting to help the Sunni community in the Middle East.

But something else is likely going on. If women are joining because they are alienated, poor or angry, why aren’t Muslim women of all ages leaving Europe for the Middle East? These feelings must extend throughout the community. But virtually all the women are between ages 15 and 19. Why?

One reason is that late teens and early 20s is the time when many young people begin to plan their future — what jobs to take and who to marry.

And these women have good reason to think they may have difficulties getting what they want. An extensive study of religious discrimination in Britain from 2000-2010, commissioned by the Equality and Human Rights Commission, found that Muslims in Britain “experience discrimination of a greater frequency and seriousness than other religious groups.” By the time they are teens, the study shows, many realize there is little they can do to remove it.

Late teens and early 20s is also the period when women may be naïve and inexperienced enough to believe promises made by recruiters on the Internet. When they are told things are better in Syria and Iraq, many seem to believe it.

Yet the answer may have more to do with the job and marriage markets in Europe. Young Muslim women are traveling to the Middle East to join fundamentalist groups in part because they are somehow convinced that this offers greater financial security. The more anxious women were about their economic future, according to a multiyear survey of Muslim women conducted by Lisa Blaydes and Drew Linzer, the more likely they were to turn to and support religious fundamentalism. The report found that economic insecurity was the best predictor of whether a woman would support fundamentalist beliefs.

In fact, young Muslim women in Europe have every reason to be anxious about their economic future.

One reason is that Muslim women in Britain are up to 65 percent less likely to be employed than white Christian women. Even if a young woman receives straight A’s from a good school — as was the case with the three women who recently left London for Syria — she is still more likely to face unemployment, job discrimination and low pay.

Marriage to a young Muslim man in Europe also does not necessarily offer better economic prospects because job opportunities for young Muslim men are even worse. Muslim men in Britain were up to 76 percent more likely to be unemployed than white male Christians of the same age and with the same qualifications. Neither a job nor marriage in Europe ensures financial security to young Muslim women living there.

There is, however, an alternative. Young Muslim women might decide that they can instead enter the marriage market in Syria and Iraq. Young European women are told by recruiters that they will have their choice of spouses, that their spouses will be able to support them and that they will be taken care of and treated well. Tweets reputedly posted by women living under Islamic State rule describe how the militant group will supply housing and food, even a monthly stipend.

The value of European women in the Syrian and Iraqi marriage market is also presented as higher than that of local women. Blondes, for example, are in demand. To some young women, it might appear as if they have gone from the bottom of the pecking order to the top.

This does not mean that these young women are making a smart choice. They clearly are not making a fully informed one. Recruiters have incentives to portray life within a fundamentalist group as more secure and honorable than life in Europe, even if it isn’t true. They also have incentives to downplay or ignore the dangers these women are likely to encounter in their new world.

Does this mean that all women joining Islamic State are heavily influenced by financial motives and a desire for a reliable social safety net? No. Some are driven by ideology, anger or a desire for adventure — or any number of motives.

But some are driven by strong economic and social incentives, which partly explain the appeal of becoming a member of a fundamentalist group. Current economic conditions have led some young women in Europe to place their trust in what they believe will be a more secure future elsewhere.

They are wrong, but it helps explain why they are so willing to leave. 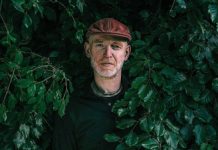 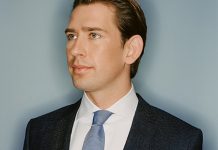 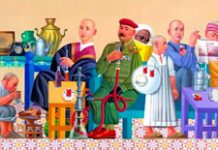