Step inside Table Management, an obscure investment firm in New York, and something strange happens: you’re transported to the rarefied realm of Bill Ackman, the billionaire hedge fund manager.

Table, it turns out, is sort of a secret wrapped in mystery. From the same Manhattan skyscraper as Ackman’s Pershing Square Capital Management, Table handles the personal finances of one client: the boss.

Ackman’s setup might seem unusual in the hedge fund business, where managers stake their fortunes on the funds they oversee for clients.

But a growing number of prominent hedge funders are also quietly cordoning off private enclaves for themselves, often within their big-name firms. Eric Mindich, Dan Och and others have created what are known as single family offices– and not everyone is happy about it. Critics say managers should focus on their hedge funds and, in effect, eat their own cooking.

“I expect hedge fund managers to be 100 percent invested in their hedge funds,” said Karl Scheer, chief investment officer of the $1.2 billion endowment at the University of Cincinnati. “I prefer that they’re singularly focused in order to achieve the best results.”

In some ways the managers are just following a basic rule of investing: diversify. But clients and regulators worry these one-member clubs could raise potential conflicts, ranging from who covers costs for what, to how investments might overlap or collide.

At the very least, the lines can get blurry. Table, for instance,invested in Sprout Pharmaceuticals, maker of the first pill to aid women’s sex drive. No sooner was the drug approved in August than Sprout was acquired by Valeant Pharmaceuticals International Inc., a firm that Ackman, from his perch at Pershing, had championed during a hostile-takeover showdown.

Family offices have been around since the days of John D. Rockefeller. But the business has exploded in an era of hyper-wealth on Wall Street, in Silicon Valley and beyond. Private equity titans such as Leon Black and David Bonderman have set them up, too. The firms handle all sorts of affairs, from taxes to philanthropy to maintaining homes.

“This is possibly a new era of family offices,” said Jamie McLaughlin, a Darien, Connecticut-based adviser to wealth management firms.

Ackman started Table four years ago so he could focus on managing Pershing, a person with knowledge of his thinking said. The family firm grew out of investments Ackman did with his father and now has a team of about five, including CIO Greg Lyss, who worked for Ackman at his first fund; and President Andrea Markezin, who previously worked at the family office of the Sulzberger family, which controls the New York Times Co.

In addition to Sprout, Ackman has invested in startups includingRelationship Science, an online professional-networking firm; PlaySight Interactive, a tennis analytics company; and Nitrous, a cloud-computing firm. But most of Table’s investments are in real estate, including a $91.5 million penthouse in Manhattan.

Mindich, founder of Eton Park Capital Management, created Everblue Management last October. To run it, he hired Kerrie Juras Ferrentino, who previously worked with the family office of the Dolans, the New York clan behind Cablevision. It’s unclear if Everblue has made any investments.

Paul Tudor Jones has been diversifying beyond his Tudor Investment Corp. since the late 1980s. His Jones Family Office, with locations in Greenwich, Connecticut, and Palm Beach, Florida, is run by Mikael Andren, who previously worked in private equity. The firm’s investments include Singita, an eco-tourismcompany in Africa; Reykjavik Geothermal, an Icelandic clean-energy company; and trading firms Castleton Commodities andEngineers Gate.

Single family offices are even more loosely regulated than hedge funds, and there are few requirements about what they must disclose publicly. Some worry that these parallel operations could create conflicts.

What if a manager’s family firm invests in a small company that grows into one in which the hedge fund wants to invest? In-house family offices, which share office space and amenities, are particularly irksome. Who pays expenses for research and support staff? Like Tudor, some of Jones’s family-office ventures trade commodities and use computer-driven strategies.

Mindich’s Everblue and the family office of Ray Dalio, who runsBridgewater Associates, are housed in the same buildings as their funds. Like Ackman, Mindich and Dalio cover the costs of running their family firms, people with knowledge of the matter said.

By contrast, Och has put some distance — literally — between his New York fund and family office, which is based 30 miles north of the city in White Plains.

Spokesmen for Eton Park, Och-Ziff and Tudor declined to comment on the potential for conflicts between the two sides.

Regulators are taking note. The U.S. Securities and Exchange Commission is trying to assess risks associated with the growth of family offices.

“Diversifying from the fund is not a problem, but we want to make sure that if there’s an overlap of investments, it’s disclosed in a timely manner to investors,” said Jennifer Duggins, who co-runs the SEC’s private funds unit.

Over at Pershing, Ackman disclosed his holding in Sprout on Aug. 26, six days after Valeant said it was buying the company. In areport to clients, Ackman said the holding marked only the second time he’d invested in a private firm that was subsequently bought by a company in which Pershing has a stake. (Pershing wouldn’t have invested in Sprout because it only takes stakes in publicly-traded securities.)

Ackman also said in the report that his hedge fund has strict policies governing potential conflicts. Employees aren’t allowed to invest in publicly traded equity or debt securities other than U.S. Treasuries, money markets and municipal bonds. Nearly all employees have most of their liquid net worth tied up in Pershing funds, though they aren’t encouraged to put 100 percent in, Ackman said.

“Employees that are ‘overinvested’ in the funds may lose the dispassionate economic rationality that is essential for sound investment judgment, particularly in times of market stress,” Ackman wrote.

A spokesman for Ackman declined to comment for this story.

At Fortress Investment Group LLC, four executives have family offices based within the New York-based firm. One of them, Red Lion, handles the affairs of Michael Novogratz and another principal. Their staffs became employees of Fortress three years ago, according to a filing.

The executives reimburse Fortress for compensation, benefits and other expenses, spokesman Gordon Runte said. They are barred from investing in the same areas as their funds, unless they can show that their stakes have no impact on the funds, he said.

Ultimately, however, such steps may not be enough to eliminate all conflicts, real or perceived. Most investors trust their money managers and don’t check on potential conflicts, said Daniel Celeghin, a partner at Casey Quirk & Associates, a Darien, Connecticut-based adviser to asset managers.

“Managers self-police, so it largely comes down to trust,” he said. 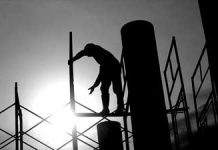 Contractors carry out $14 bln worth projects