As Donald Trump pitches his political vision to America, across the Atlantic he’s selling hotel fixtures and fittings.

More than 3,500 miles away from the U.S. presidential race, the billionaire is offloading the contents of the Trump Turnberry Resort Hotel on the west coast of Scotland as he prepares to renovate the iconic venue he bought last year. At least 1,000 items, ranging from plasma televisions and chandeliers to more mundane beds, mattresses and sink units, go under the hammer on Oct. 1, and the auctioneer says the curiosity is as much because of Trump as golf.

“It’s a Trump hotel, he’s a candidate for president, he’s a character,” said Bob Chambers, commercial director of Wilsons Auctioneers, which is running the sale. “Lots of people want a piece of memorabilia.”

The front-runner for the Republican presidential nomination, Trump has plowed millions into golf courses in Ireland and Scotland. Industry magazine Golf Inc. last year named him the sport’s second most-powerful person and Trump’s golf and resort properties are valued at a combined $570 million, according to ananalysis by the Bloomberg Billionaires Index in July.

Chambers says he expects about 100 people to attend the public auction, which is to be held at Turnberry, which last hosted the British Open tournament in 2009. Bidders also are free to make offers online.

Most of the items are about five years old. With no reserve prices in place, everything must go, Chambers said. The revamped hotel, about 90 miles southwest of Edinburgh, reopens on June 1.

Trump, 69, told a dinner in Ayrshire, Scotland, in March that the new establishment will be “the finest resort of its kind anywhere in the world,” according to a statement last week announcing the auction.

It’s hard to gauge how much will be raised, as fittings such as shower doors are branded with the Turnberry logo, rather than the Trump brand, Chambers said. While figures like Bill Clinton, Bing Crosby and Jack Nicholson have all visited Turnberry, the draw is still Trump, Chambers said.

“The Trump name will have an influence on the price,” said Chambers. 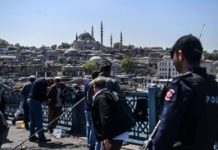 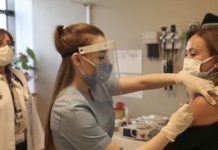 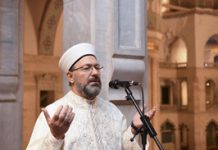