Palestinians set fire to a Jewish shrine in the occupied West Bank, and an attacker disguised as a journalist stabbed an Israeli soldier on Friday as tensions ran high after more than two weeks of violence.

Shortly after the arson attack on the tomb of biblical patriarch Joseph, Palestinian protesters threw stones over the border of the Gaza Strip at Israeli forces who fired back, killing two and wounding scores of others in the crowd, Palestinian medical officials said.

The worst outbreak in bloodshed in months has killed at least 37 Palestinians, including attackers and children in assaults and confrontations, and seven Israelis in stabbings and other attacks on buses and in the streets.

The latest round of violence has been partly fueled by Palestinian anger at what they see as increased Jewish encroachment on the Al-Aqsa mosque compound in Jerusalem, holy to both Muslims and Jews.

Many Israelis fear it is building into a full Palestinian intifada or uprising while Palestinian leaders have said a Israeli security crackdown amounts to collective punishment that will provoke more violence.

Israel’s military said about 100 people converged on Joseph’s tomb in the Palestinian city of Nablus and set parts of it ablaze before Palestinian security forces arrived and pushed them back.

Palestinian President Mahmoud Abbas condemned the attack on the shrine, venerated for centuries by Jews, Samaritans, Christians and Muslims, and ordered repairs and an investigation.

Prime Minister Benjamin Netanyahu has said he is ready to meet Abbas to help restore calm.

Underlining international concern, the U.N. Security Council said it would hold a special meeting to discuss the situation and U.S. Secretary of State John Kerry was due to meet Netanyahu in Germany next week, the Israeli ambassador to Washington said.

Hours after the shrine attack, a Palestinian posing as a journalist wounded an Israeli soldier with a knife before being shot dead near the West Bank town of Hebron, the Israeli military said.

Reuters television footage showed the Palestinian rolling on the ground and surrounded by Israeli troops after the attack. He was holding a knife and wearing a fluorescent yellow vest over a t-shirt marked “PRESS”.

The foreign press association in Israel and the Palestinian territories said it deplored the attack and called on Palestinian media organizations to verify all staff credentials.

The Palestinian journalists union said the knife attacker had no links to any media outlets and urged Israel not to use the event as an excuse to attack its press members.

In Gaza, the Israeli military said hundreds of people gathered along the border, some hurling rocks and burning tyres at the fence. A military spokeswoman said troops “are operating to prevent further escalation of violence using riot dispersal means and firing towards main instigators.”

Hamas, the militant Palestinian group which controls the Gaza Strip, had called for “rallies of anger and confrontations” on Friday in all West Bank cities.

“Our decision is to pursue the intifada (uprising) and continue the resistance against the Israeli occupation,” said Ismail Haniyeh, the group’s leader in Gaza.

Palestinians want East Jerusalem as the capital of a future independent state, together with Gaza and the West Bank. Israel sees all of Jerusalem as its undivided capital.

The last attempt at negotiations stalled in 2014. 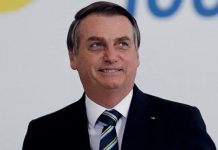 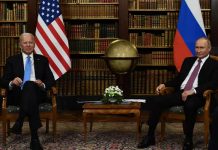 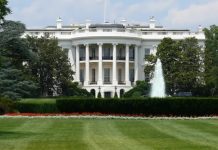